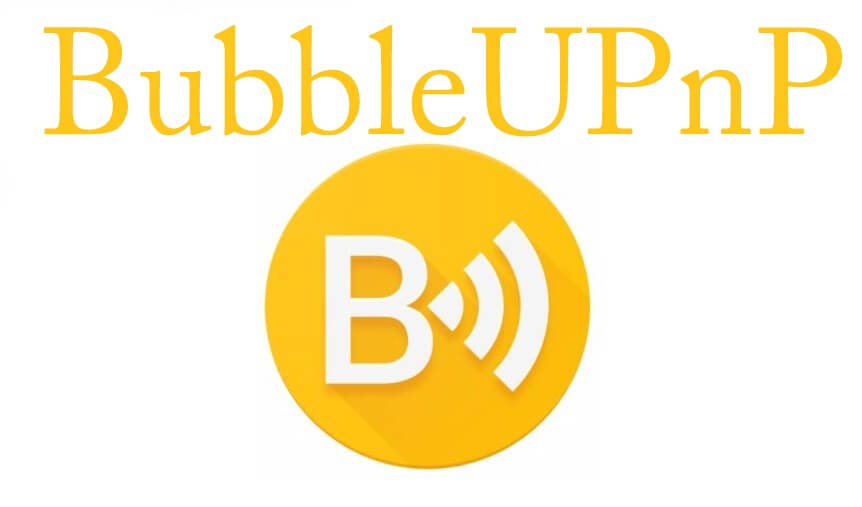 BubbleUPnP is a popular streaming software which lets you stream all kind of media’s from your Android smartphone to DLNA compliant media center’s. The application works perfectly with devices like Amazon Fire TV Stick, Xbox Consoles, PlayStation Consoles, and Chromecast. By connecting to these devices, you can stream all the media’s that are stored locally on your smartphone. You can also stream the contents that are stored in cloud services like Google Drive, Box, Dropbox, and OneDrive. BubbleUPnP is an excellent choice if you want to play multimedia content in other devices, mainly Chromecast. With the various setting option, you can customize the interface according to your convenient.

What is BubbleUPnP Server?

BubbleUPnP DLNA server provides some of the advanced features like

It can run on following devices

How to use BubbleUPnP?

By using BubbleUPnP DLNA app, you can stream all your media content with ease.

Note: Make sure that your Android device and streaming device are connected to the same network.

Check out how to install BubbleUPnP Apk?

What is BubbleUPnP License?

BubbleUPnP UPnP/DLNA License is a premium android application that you can use without any ads and limitations. Unlike the free version, you can stream media files along with advanced features like editable playlists, playback queue, shuffle modes, sleep timer, full-screen image viewer and much more. The application also lets you hide the icon from the launcher. The BubbleUPnP Pro apk costs $4.69.

Check out how to install BubbleUPnP License Apk?

Here are some of the alternatives for BubbleUPnP Server App,

Rygel: Rygel is another media streaming server compatible with various DLNA/UPnP clients including PS3, Xbox 360, smart televisions, DLNA speakers and smartphones. It transcodes the media automatically to the format that is compatible with the client device.

MediaHouse: MediaHouse is a perfect alternative for BubbleUPnP that lets you stream audios, videos and images from PC or other NAS devices to any other device that running UPnP/DLNA compliant media server.

BubbleUPnP is a much-needed application that helps you to connect your Android device to any streaming device. You can use the Pro version to avoid the advertisements and limitations on streaming. We hope the article on BubbleUPnP server is helpful to you.

Thank you for visiting TechFollows.com. For further queries and feedback, feel free to leave a comment below.

What is PlayOn? Everything You Need to Know in 2019

How to Update Whatsapp New Version 2019 on Android and iOS