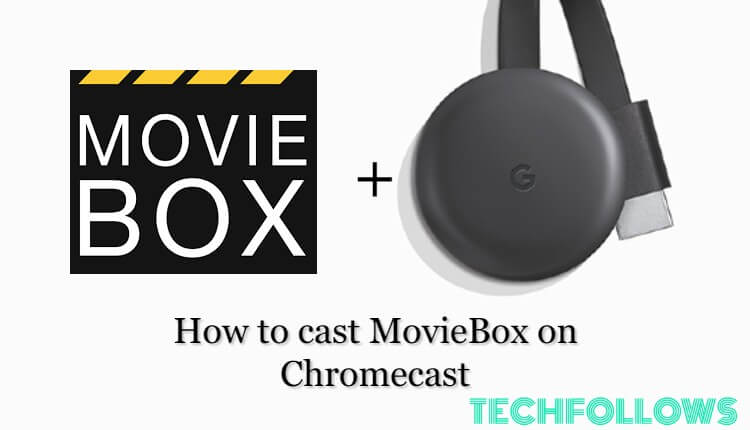 MovieBox is one of the best streaming apps to stream popular movies and on-demand TV shows. If you have Chromecast with you, you can easily cast the MovieBox movies and series to your smart TV. With MovieBox on your smartphone, you get to stream all the latest movies and recently launched series. It has movies like Avengers End Game, John Wick Chapter 3 Parabellum, Toy Story and all the new release movies. In the series list, it has Prodigal Sons, Evil, Stumptown, Godfather of Harlem, and so on. The movies and series list are updated very frequently so that you always get to stream new movies and series. MovieBox app is not available in the Apple App Store and Google Play Store, though it can be supported by the smartphone. You need to install the app from its official website. Even though the MovieBox app is not available in the Google Play Store, you can cast the streaming to your Google Chromecast. Follow the below steps to cast MovieBox on Chromecast.

If you don’t have the app in your smartphone, install the MovieBox app on its official website.

#1: Open the MovieBox app on your smartphone.

#2: Tap the Cast icon at the top of the app screen.

#4: When the cast is done, you will notice that some changes in the Cast icon.

#5: Tap any video to stream, the video will be cast to your Chromecast.

Related: How to stream Sky Go on Chromecast connected TV

MovieBox is one of the best replacements for paid streaming apps like Netflix and Hulu. With MovieBox, you can stream all the new movies and series for free. Since the app is not available in the Google Play Store, many are not aware of this app. Install the MovieBox app on the official website and cast movies/series on your smart TV. If you have any questions, let us know in the comments section. Follow our social media pages, Facebook and Twitter for instant updates.

How to Install HBO NOW on Firestick