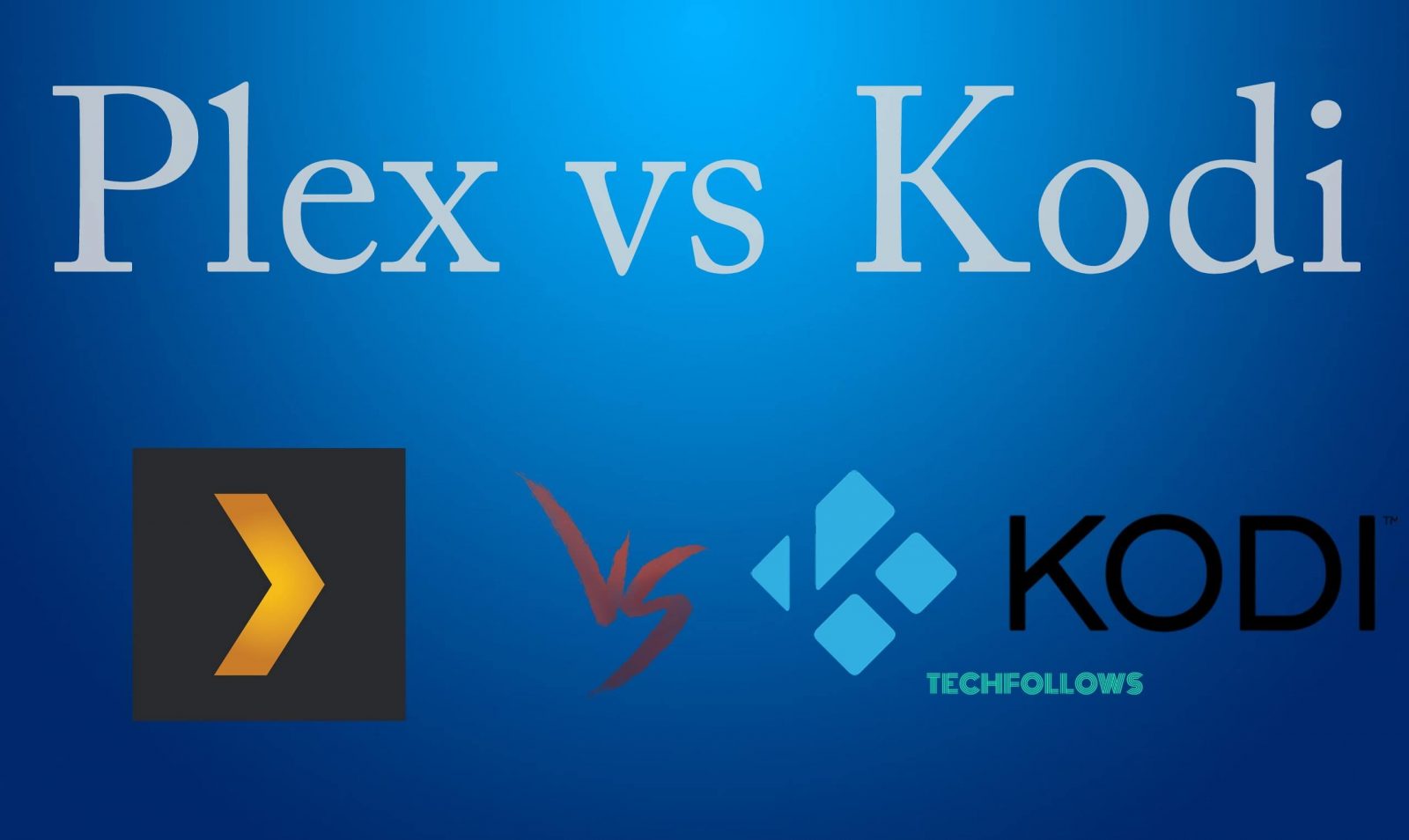 In this tech world, HD movies, Videos, music, and photos are flooding on everyone’s media library. With home theater applications like Kodi and Plex, you can roll your own sweet-looking library with all the TV shows and movies you like, with none of the junk. But which app should you use? Here’s how the two biggest media center’s stack up against each other.

Kodi (formerly called XMBC or Xbox Media Center) is an open source software that streams everything on your mobile device, computer, TV and more. Since it is an open source, it supports tons of addons to stream the media from the web or to play the downloaded audios and videos. Kodi application is highly customizable and it is completely free to download & use.

Plex is a streaming media server which streams movies, TV shows, audios and images on your preferred platform. It is also compatible with streaming devices like Apple TV, Amazon Fire TV Stick, Roku, and much more. Plex is also free to use, but it also has subscription service to unlock the premium features.

Before jumping into the article, here is the quick comparison between Plex and Kodi:

Disclaimer: Whether you’re streaming through Plex or Kodi addons, it is important to safeguard your privacy. To keep your connection secure and private, you must VPN (Virtual Private Network) service. VPN will hide your online activities from ISPs, hackers and copyright holders. At the same time, the performance can drop significantly if you purchase the wrong VPN provider. We recommend you to use NordVPN to keep your connection secure without compromising the performance. NordVPN has a huge number of server networks around the world and it will provide you a fast, responsive, and secure connection. It also helps you to access the geo-restricted and copyrighted contents with ease.

When it comes to platforms, Plex is accessible on Windows, Mac, Android, iOS, Apple TV, Amazon Fire Stick, Xbox, PlayStation, Android TV and more. You can download the dedicated app for these platforms right from your App store. Just download the app, enter the login credentials and access everything that stored on the Plex Media Server.

On the other hand, Kodi is accessible only on few platforms like Windows, Mac, Android and iOS (only on jailbroken devices). On devices like Amazon FireStick, Roku, Apple TV, and iOS devices, you have to install the Kodi manually.

Both Kodi and Plex Media Player uses metadata to present your media’s in the best possible way. They have a simple interface which is easy to navigate. Both are good at organizing your media based on artists, genre, years, directors, and more. On Plex, you can see the complete information about the media including the list of actors who worked on the project. With Kodi, you will not get detailed information about the media. In terms of library management, Plex is the winner as it can load thousands of media smoothly and displays in real time. On the other hand, Kodi is highly customizable. If you have the patience and ability to create a SQL database, Kodi can perform just as well as Plex.

When comes to Addons/Plugins support, Kodi outshines Plex. Kodi has thousands of addons (both official & unofficial), which you can install to extend the media center’s functionality. Here are some of the best Kodi addons to enhance your streaming experience. On the other hand, Plex offers official channels to broadcast on-demand content directly from the web. It also only fewer channels which are officially sanctioned.

Both Kodi and Plex have the ability to play videos and audios through your preferred platform. They support a wide range of formats including HD and 4k. Since the transcoder of Kodi is based on open source software, it is compatible with a wide range of media formats. But it lacks configuration options, hence your files won’t play in some cases. In that case, you’ll need to spend some time converting your files to another format. On the other hand, the transcoding of Plex looks better and it has hardware acceleration support to transcode the media without causing any buffering issue.

Kodi is entirely free to use. You can manage all your library without spending any money.

On the other hand, Plex is mostly free. If you’re streaming your library to a browser, Roku, Apple TV, Xbox, or Chromecast, you can do it for free. If you want to stream to Android, iOS, or few other platforms, you’ll need to pay a one-time fee (the app itself is free to try, but there’s an in-app purchase to unlock its advanced features). Plex also offers a premium service called Plex Pass. It will give you free access to all plex apps and other Plex premium features.

Plex is the best choice for users who want

Kodi is the best choice for users who want

Both Plex and Kodi are really great media centers for streaming and organizing your personal media across home devices. Hence we can’t flag a winner here. But it is very easy to separate which app belongs to which type of users. If you want an easy way to organize your entire media library, then Plex is a perfect choice. On the other hand, if you’re a die-hard home theater PC user, then Kodi is a perfect choice. The answer really depends on your needs.

Thank you for visiting Techfollows.com. For further queries and feedback, leave a comment below.

How to Download and Install White Devil Kodi Addon? 2021