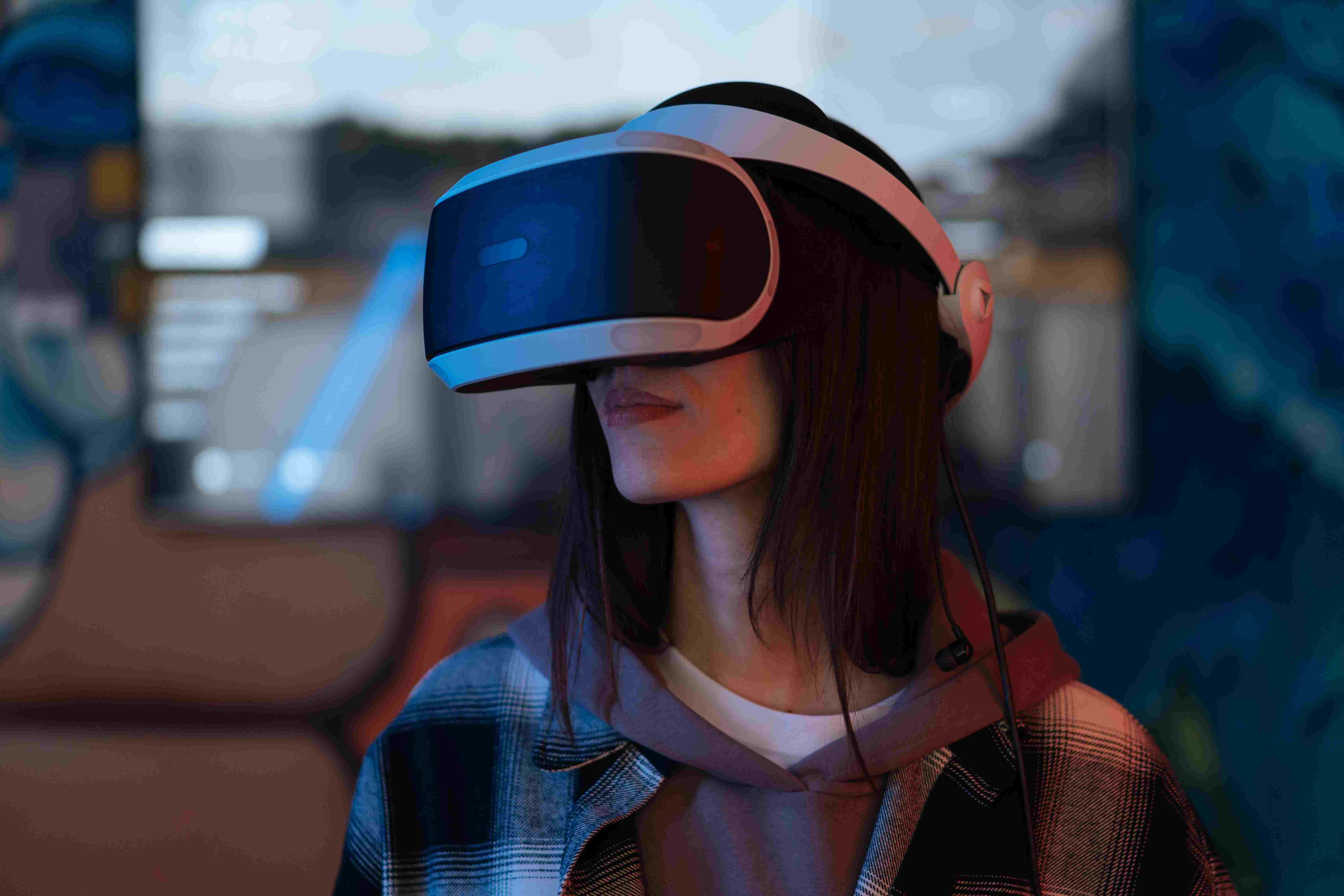 The gap between reality and the virtual world is at the edge of collision with the help of new VR technology. We have made a list of the top 5 VR headsets that currently dominate the market.

Virtual Reality is growing at an exponential rate with all kinds of different gaming genres embracing the new technology to create a more immersive gameplay experience for the gamers out there. This has especially been the case since the rise of Metaverse, which promises gamers a new virtual universe with the power and features to mimic the real-life experience… but better.

VR games are becoming more and more powerful and a lot of gamers are getting attracted to this rapidly growing industry. From super immersive MMORPGs to pleasant adventure games, the power of VR is making all these experiences better than ever! And since we are talking about VR games, why not explore some of the most powerful and useful VR headsets that are currently dominating the market?

But before we dive into the list, let’s first find out what actually makes these VR headsets useful and better than others.

What Makes a Good VR Headset?

There are quite a few factors that make a good VR headset including, ease of use, connectivity, graphics quality, extra features, ergonomic design, and much more. And everything counts when we talk about the best of the best, but most importantly, the VR headset that most people buy are the ones that offer a great virtual reality experience at a reasonable price.

Because there are also VR suits out there, which are surely going to give you the best out-of-body experience but when we talk about accessibility, they are mostly way out of a common gamer’s budget range. So we are also going to keep our focus on the budget as well and prefer the VR headset that provides the best value for our bucks!

Starting off, we have the HTC Vive Cosmos Elite, which promises to provide a premium VR gaming experience with a 1440 x 1700 resolution on a dual 4.3-inch display, which is quite amazing for a VR headset. It gets even better with a smooth 90Hz display. Cosmos Elite also comes with an inside-out tracking system, that doesn’t require any external sensors to track your movement, which might not be the most accurate, but they are good enough and also saves you some trouble setting up sensors and calibrating every single time you play.

You also get first-gen base stations and controllers to help improve the accuracy of your movements while you are busy shooting down the enemies in a fighting game or just having a good mind exercise with puzzles solving games. But the reason why it’s not the best VR headset is that its price tag is so high and way out of range for a common gamer. However, you do get a six-month Viveport infinity subscription and a free Half-Life: Alyx game, but you can always get more on cheap gaming sites with deals on VR games.

Moving onto another VR headset from the HTC Vice series, we have Vive Pro 2 which offers the highest video resolution in the market right now. You get to enjoy your favorite VR games with a 2448 x 2448 display on both screens on either side. You will be quite surprised as to just how sharp the display really is, probably the best in the market.

However, it also comes with a price tag of 1400, which is also one of the highest in the market. The headset comes with standard base stations and controllers and just like Cosmos Elite, you also get the Viveport infinity membership to get access to all the VR games available on the Viveport store. Compared to many other Headsets, it also provides one of the most accurate tracking experiences but looking at the price, it’s a little too costly.

Since we are talking about expensive VR headsets, Valve Index is probably the priciest of them all. The whole Valve Index VR kit costs you around 1480 US dollars, which is by far the most expensive one on this list. Even if you want to buy just the headset itself, it will set you back around 1000 US dollars, which is still too much, if you ask me.

It’s a Tethered VR Headset that comes with some of the best controllers out there on the market. They can track individual finger movements with precision, providing gamers with an immersive experience, especially with hack and slash and zombie shooters. It also offers the highest refresh rate around 120Hz for a super smooth gaming experience. All and all it’s a great choice if you are looking for a smooth gaming experience with excellent tracking but definitely comes at a high cost.

There are so many reasons why Sony’s Playstation VR is one of the best choices for those who are looking to buy a VR headset. Firstly, it’s cheap and you play Sony’s PS4 and even PS5 games using PVR as the headset is compatible to work with these gaming consoles.

You might need some extra accessories to make it work with the latest PS5 but it seems to work just fine once you get it connected. You can also use Sony’s latest DualShock controllers instead of the VR’s motion controls. There’s a large variety of Sony devices that work right out of the box with the headsets, which makes it even more compelling, not to forget the massive variety of games.

Claiming the first spot, we have none other than Oculus Quest 2. Oculus has already made a name for it in the VR universe with its Rift headset that became quite a hit and we could say the same for Quest 2. It’s a standalone VR headset from Oculus that, although not a tethered one like its predecessor, can still be used with a PC through a device.

The headset comes with a powerful Snapdragon 865 processor with a 1920 x 1832 display resolution for both eyes and great movement tracking. You get full head-and-hand motion tracking with the help of two motion controls for the absolute best VR gaming experience. Speaking of which, you also get a huge library of games and apps, right out of the box. All of that for the lowest price on the market, which only costs $300!

Related Topics:gamingTFVR Headsets
Up Next