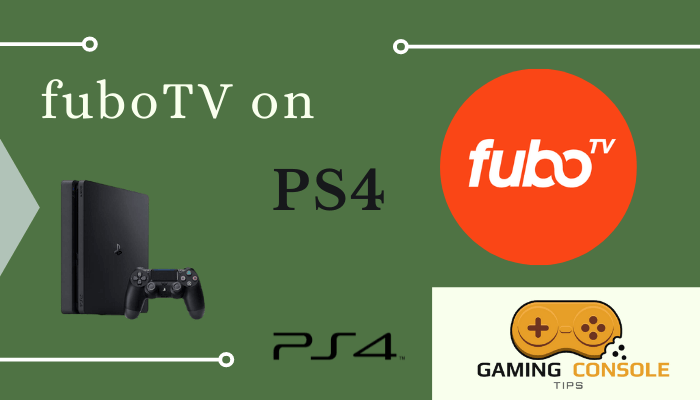 fuboTV is a streaming service for television channels mostly focused on live sports. It is accessible in the United States, Canada, and Spain. You can stream the news, TV network series, and movies on fuboTV. On fuboTV, you can watch NFL, MLB, NBA, NHL, MLS, CPL, and international soccer, depending on the country’s broadcast. However, if you need to stream your favorite sports, you can download the fuboTV on streaming devices. Let’s discuss how to watch fuboTV on PS4.

You can access 100+ channels on fuboTV and the popular TV channels are ABC, HGTV, Lifetime, Comedy Central, NBC, TLC, TV Land, and more. It also offers add-on packages for premium TV channels like STARZ, EPIX, and sports TV channels. The cloud DVR storage enables us to save the TV channels live streaming and you can watch them later. fuboTV has excellent customer service and it has over one million subscribers.

Is fuboTV Available on PS4?

Unfortunately, fuboTV is unavailable on the PlayStation Store and you cannot download the app on the PS4 gaming console. However, it is available on Roku, Android TV, Amazon Fire TV/ Firestick, Apple TV, Xbox One, Xbox Series, and many more.

Related: How to Watch fuboTV on PlayStation 3

Can you get fuboTV on the PS4?

Unfortunately, fuboTV is not compatible with Sony’s PlayStation consoles. If you want to watch fuboTV, then you want some other streaming device.

Where can I stream fuboTV?

You can watch fuboTV on many devices such as Roku, Apple TV, Firestick, Android TV, Samsung TV, LG TV, Android devices, iOS devices, Xbox series, Xbox One, and many more.

What streaming apps are available on PS4?

What is PS5 Remote Play and How does It Works

How to Watch HBO Max on Xbox One

Aspiring writer who precisely focused on technical content. One of many who loves tech gadgets.