How to Clear Cache on Xbox 360 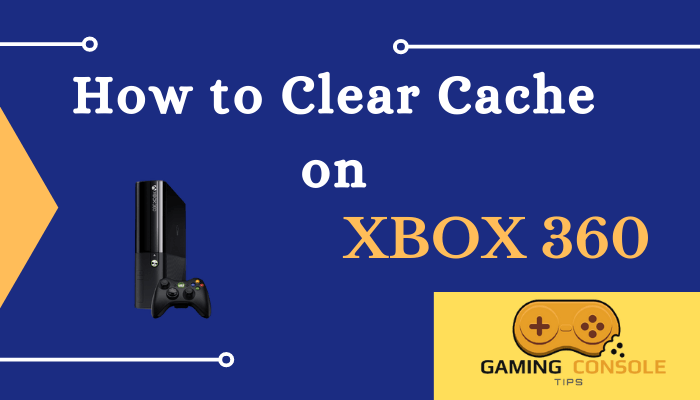 Learning how to clear system cache on Xbox 360 may help you in many situations. Generally, if your console is lacking in its performance, the system cache may be one of the reasons. The cache files are unwanted files that are stored while transferring data. There are certain data on your console which are used regularly, and these kinds of data are stored in the form of a cache for easy access. Thus, cache helps by reducing the long process behind data retrieval. Similarly, clearing the cache on Xbox 360, Xbox One, or any other system will not affect the device as well as the original data.

What Happens when you Clear System Cache on Xbox 360

[1] When you clear the system cache on Xbox 360, it will improve its performance. If you notice any lack while playing games on Xbox 360 or console being slow responsive, clearing the cache can be a solution.

[2] This process will remove the update of the game. Therefore after clearing the cache on Xbox 360, you will have to re-download the game updates.

How to Clear System Cache on Xbox 360

[2] Navigate to Settings and then choose System Settings.

[3] Under the System settings menu, select the Storage option.

[4] On the next screen, you will notice all the storage devices of your console.

[5] Choose the Storage device of your choice and then press the Y button on your controller.

[6] Next, on the Device Options page, select Clear System Cache from the menu.

[7] Immediately, you will be asked for confirmation to continue with the process of clearing the cache.

[8] Click on Yes to clear the cache files on your console. You can restart the Xbox 360 after clearing the cache for a fresh start.

If your Xbox 360 is sluggish and even clearing cache did not help you, then you may contact Xbox support. One can attempt Xbox 360 factory reset to sort out performance-based problems on a console. But this process is totally irrecoverable. The data lost during a factory reset on a console is lost forever. Though you can backup all your personal information before a reset, it is one of the last choices when you have nothing to recover from your console.

How to clear Xbox game cache?

What happens when you clear cache on Xbox 360?

Does clearing cache on Xbox 360 will delete saved games?

No. Clearing the cache will only delete the temporary files and game updates. All your downloaded games, game data, achievements, profile, etc., will remain unaffected.