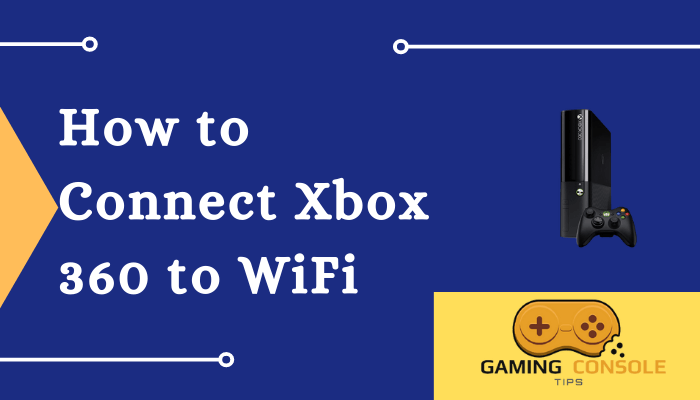 If you already have a wireless router in your home, then learn how to connect your Xbox 360 to Wi-Fi. Having a wireless Wi-Fi internet set up on your console will make sure you have an uninterrupted network. Connect your Xbox 360 to Wi-Fi to indulge in online gaming. Internet is essential in Xbox 360 and all the other consoles these days. Without the internet, your activities are very limited. One needs the internet to connect with an Xbox Live account, install and update games and apps, stream, participate in online games, and much more.

[1] One of the simplest methods to connect the Xbox 360 to the internet is with an Ethernet cable.

[3] Now plug in the other end to your router.

[5] The Wi-Fi connection is established on your Xbox 360 using an Ethernet cable.

How to Connect Xbox 360 to Wi-Fi Wireless

This method involves the usage of a wireless adapter to connect the Xbox 360 to Wi-Fi.

Note: Remove any wired connection setup from your Xbox 360 to connect with the wireless network.

[2] Next, we move to the Xbox 360 console, where we need to configure the wireless settings.

[3] Open the Settings menu and then choose System.

[5] Select your Wireless Wi-Fi network from the available networks.

[6] After choosing your wireless network, you need to enter the Password.

[7] Click Done and then your Xbox 360 will test the Wi-Fi connection.

Related: How to Connect Xbox 360 Controller to PC

How to Connect Xbox 360 to Wi-Fi without Adapter

If you do not have an Xbox 360 network adapter, then you can connect it to the wireless network. This is also possible if you own a PC running on Windows. Connect your PC to the internet and then connect your PC with Xbox 360 using an Ethernet cable.

[1] As mentioned, you need to connect your PC and Xbox 360 console with an Ethernet cable.

[2] Open the Control Panel on your PC and then select View network status and task.

[3] Now you will be able to see your active networks. From this, choose your PC’s wireless connection.

[4] On clicking your PC’s wireless network, the Wireless Network Connection Status window will pop up.

[6] Enable the Allow other network users to connect through this computer internet connection check box.

[7] Click OK and your Xbox 360 will connect to Wi-Fi without an adapter.

Related: How to Update Xbox 360 to Latest Firmware

How to connect Xbox 360 to the phone internet?

You can connect your Xbox 360 to a mobile hotspot, just like how you connect it to a Wi-Fi router. If your Xbox 360 model does not have a built-in Wi-Fi, then you need to use a network adapter. Then you need to follow the same configuration procedure under the Settings menu on Xbox 360. Choose the System menu and Network settings. Then select Wi-Fi network and choose your mobile hotspot to connect it with the console.

How to Connect Nintendo Switch to TV

How to Connect PS5 [PlayStation 5] to TV