How to Delete Games on Xbox One 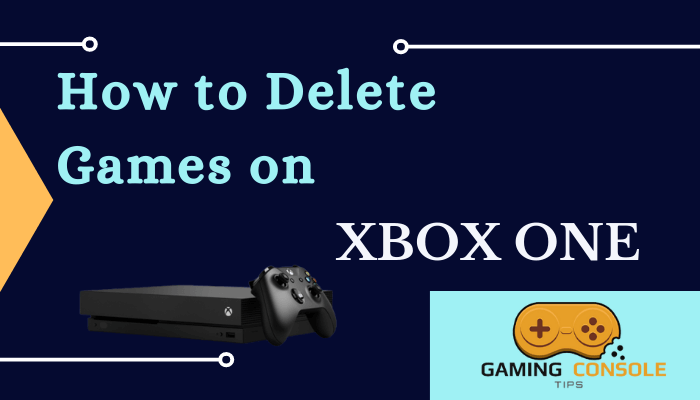 The Xbox One games are really interesting to play. Are you an Xbox gamer who wants to explore many new games on Xbox One and worry about the storage problem? The games you installed on your Xbox One cannot be permanently deleted from the Xbox One console. It is always available to reinstall again on your Xbox One console. If you want to install a new game and don’t have storage on your console, you could just delete the old games that you have played many times already. Don’t be too emotional, as you can install the games again on your console. So go through this guide completely to know how to delete games on Xbox one and how to reinstall the game that you deleted already.

How to Delete Games on Xbox One

2. Select My games & apps from the main menu.

4. Select the game that you want to delete and hit the menu button on your Xbox One controller.

5. Tap Uninstall to delete the game from your Xbox One console.

6. Again, click Uninstall all as the confirmation to delete the game.

7. Finally, the game will be deleted from your Xbox One console.

Related: How to Stream Gameplay on Xbox One

How to Reinstall the Deleted Game on Xbox One

1. Navigate to the Xbox One home screen.

2. Select the My Games & Apps menu and Choose Games.

4. Select the Game that you uninstalled already and want to reinstall again on your Xbox One console.

6. Finally, go to the Games section and select the game that you installed now to play.

Related: How to Clear Cache on Xbox One

Can I delete the saved games permanently from the Xbox One?

No, you can’t delete the saved games permanently. Once you install the game, you have ownership of the game. The deleted games are always available in the ready to install section.

Does uninstalling Xbox games will delete the saved games on Xbox One?

When you uninstall a game, the saved games will not be deleted, but it will clear local saved data along with the game files. So it is better to copy your saved data to external storage, or you can save the complete game on an external hard drive.