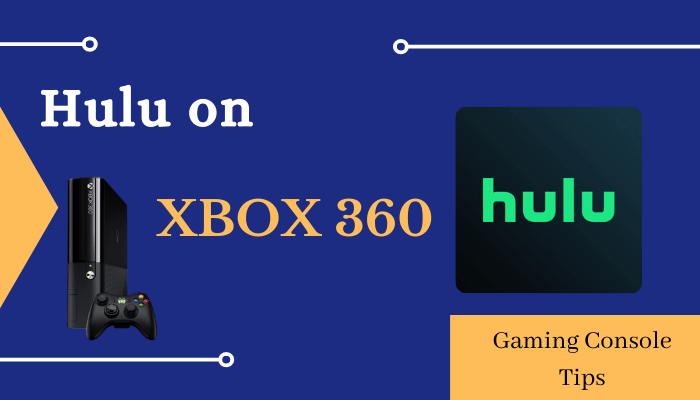 Want to know how to get Hulu on Xbox 360? You can install and stream the Hulu on Xbox 360 console. Hulu is the video streaming service available in the U.S. It is famous for streaming on-demand TV shows in a short span, such that the subscribers do not wait for a long time. Users have to wait for one day to a maximum of one week to stream the shows aired on TV. Hulu offers 85+ live TV channels along with the TV schedule. You can stream the Hulu app on two devices simultaneously. This makes it outstanding when compared to other streaming platforms. Besides, it will be a great treat when you can use the Microsoft Xbox 360 not only for games but also to stream your favorite shows.

How to Install Hulu On Xbox 360

[4] Select the Search option by pressing the A button on the controller.

[5] Search for the Hulu app on the store.

[6] From the Hulu app information screen, click the Get option using the A button on the controller.

Now, you can stream the TV channels on your Xbox 360 game console. Similarly, you can also watch Hulu on Nintendo Switch.

[3] On the next page, choose your plan by clicking the Select button.

[4] After choosing the plan, you have to create your account.

[5] Fill in the respective fields with appropriate details and click Continue.

Xbox Series X & S, Xbox One, and Xbox 360 models support the Hulu app. In any case, it is recommended to update your game console with the latest version.

No, you do not need Xbox Live Gold to stream entertainment apps such as Hulu, Netflix, etc.

First and foremost, make sure that Xbox 360 is updated. If yes, then try the solutions provided below.
Reset the app
Clear Cache on Xbox 360
Check your Xbox Live connection.
Delete and download your profile.