How to Stream Twitch on PS3 [PlayStation 3] 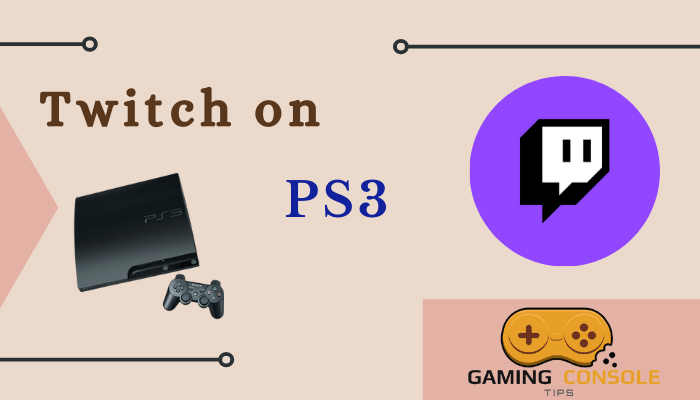 Broadcast your live content easily by installing Twitch on PS3. Twitch is a platform for creators to watch and stream live content to people. Though creators from any field can use the app, it is very popular among video game professionals. Therefore it is beneficial if you have the app on your PlayStation. The Twitch app is compatible with most devices, including Android, iOS, PlayStation, Xbox, Google Chromecast, etc. It became famous because it is totally free of cost, and anyone can view streams even without signing up. However, if you are a content creator, you need an account.

Anyone can create a Twitch account, and as mentioned, it is free of cost. Twitch allows users to sign up directly from the website and also from the smartphone app.

[2] Tap Sign Up and then fill in the following details in respective fields- Username, Password, Date of Birth, Phone number.

[3] The phone number is for the purpose of verification, and if you prefer, you choose the Use email instead option.

[4] Tap Sign Up and verify the email or phone number provided to complete the process.

[1] To create an account from the smartphone app, Install the Twitch app on your device- Android or iOS.

[2] Next, tap the Sign Up button and fill in the required details as mentioned in the previous method.

[3] Again you need to choose between the phone number and email for verification.

How to Stream Twitch on PS3

To stream Twitch from your PlayStation 3, you will have to connect it to your computer. Additionally, you will need a Twitch account and capture card, and broadcast software to stream on PS3. Though the process seems to be complicated, it is quite helpful for video game streamers to gain popularity and earn money.

[1] Initially, make sure you have an account on Twitch.

[2] You need a Capture card to connect your PS3 and PC for streaming purposes.

Note: Choose capture cards with less latency in order to avoid the delay faced in streaming. There are three varieties of capture cards available such as internal, external (USB model), and Wireless. Capture cards are generally pricey, but it is worth the investment.

[3] Plugin the Capture card (external model) into your PC and then connect it to the PS3 console using an HDMI cable or three RCA wire splitters. This setup is essential to port the audio and video between your PS3 and PC.

[4] In case of using an internal capture card, install the software and its drivers on your system properly.

[6] Finally, link your Twitch with the broadcasting software. Open Twitch on your computer and then Sign In. Similarly, Turn On your PS3.

[7] Start the broadcast and then enter the Broadcast link/Stream key into the broadcast software. You can start Live streaming immediately.

Related: How to Stream Twitch on Xbox One

Because PS3 does not have its own computing system like that of PS4 and PS5 to allow live streaming. So you will definitely need a computer to live steam from PS3.

[2] Why does Twitch have paid subscriptions?

[3] What are the features of Twitch?

Apart from streaming and watching live content, Twitch allows users to follow and message. Each stream comes with a unique chatroom where users can connect with each other. There are also options such as like, share, and comment, similar to most social networks.