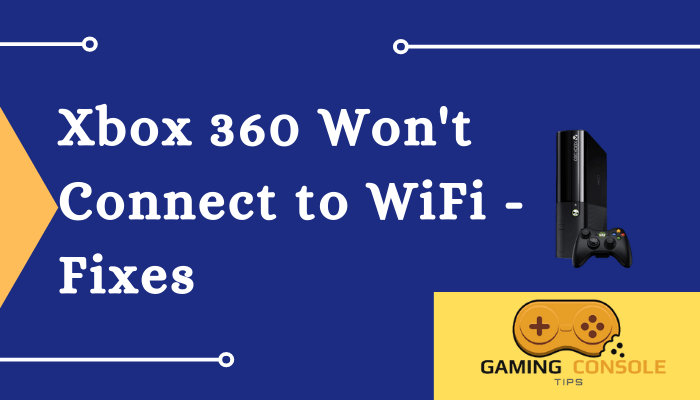 Have you ever experienced Xbox 360 not connecting to a Wi-Fi issue? If you are a regular player of Xbox 360 you might have faced this issue at least once. Because if you want to play the games online or live-stream your gameplay you need a stable internet connection. So the Xbox 360 gamers must know how to connect Wi-Fi to Xbox and how to fix Xbox 360 won’t connect to Wi-Fi. The Xbox gamers may know how to connect Wi-Fi to Xbox 360, So in this article, we are going to explain how to fix if Xbox 360 is not connecting to your home Wi-Fi network.

Sometimes your Xbox 360 doesn’t accept your network password. So check whether you have entered the correct password.

If you have entered the correct password and still it says your network password is wrong it’s because the network encryption set on the Xbox 360 console is not compatible with the Wi-Fi router. So turn off the Wi-Fi encryption on the console for some time to identify whether this is the problem.

4. Locate the Xbox 360 Console nearby the Router

If none of the above fixes works then, restart your Xbox 360 console. Press and hold the Xbox button on the controller to turn it off completely and unplug the power cord from the console. After a few seconds plug in the power cord to the console and turn on your Xbox console to check if the problem is fixed.

Related: How to Connect Xbox 360 to TV

What are the reasons Xbox 360 is not connecting to Wi-Fi?

There are many reasons why Xbox 360 is not connected to Wi-Fi. You may have poor internet connections or there may be network conflict with the other wireless devices. You may be located the Xbox 360 console far away from the network router.

How to check Xbox Live status?