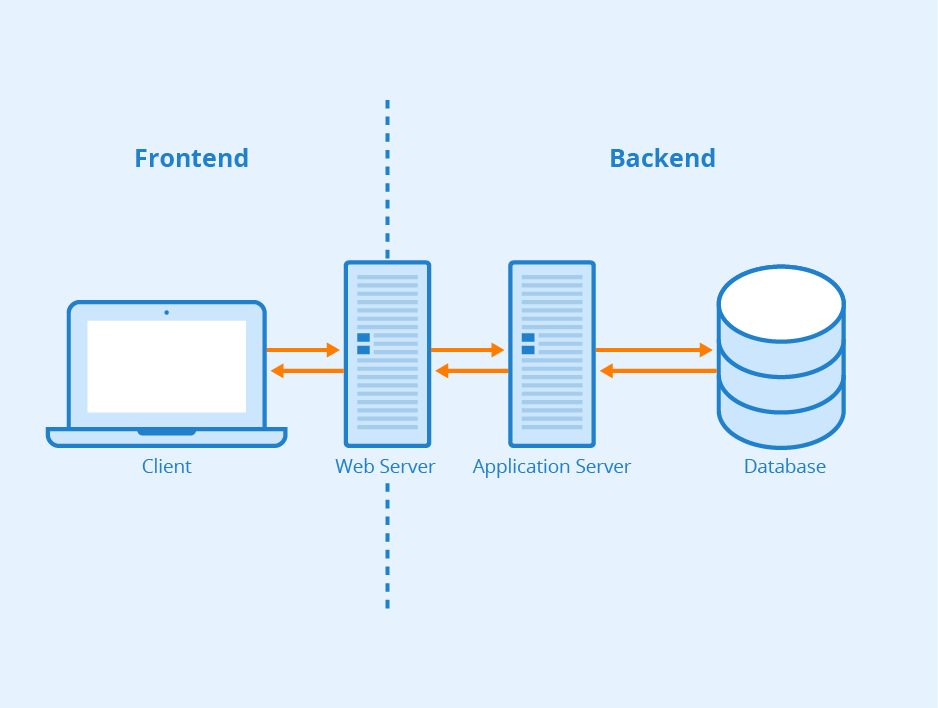 A euphoria among front-end developers has not been seen since the invention of the phrase “AJAX” with NodeJS’ debut. It was a major step forward to have the aim of writing JavaScript on the server in mind. There will be no more tinkering with the backend in addition to the frontend. Unless the server can be built in JavaScript, then our understanding of the whole program is restricted to HTML, CSS, and JavaScript for the server. It had such a promising future, and I found it fascinating.

PHP has never been a favorite of ours at our node JS development company, but we had to utilize it for my job at Yahoo. A lot of our gripes had to do with the debugging process and silly linguistic peculiarities that made it too easy to accidentally shoot oneself in the foot. For the last six years, we’ve been running on a Java server. Statically typed languages are precisely what we want to see in the inner workings of business logic, and we still think so. No matter how much we like JavaScript, a shopping cart at an online store is one thing we do not want to see built-in JavaScript.

NodeJS, in our view, will never completely replace JavaScript on the server. It isn’t the only option because of its incredible gearing and sense of empowerment. We’re talking about something quite distinct here, in my opinion: decoupling the server-side UI from the backend.

REST and service-oriented architecture have made it feasible to split the interface backend on a different server. Any that is required is the ability to interact over REST for all business requests. Is page-to-page transitions important to back-end engineers? Refreshing a single page or the whole site? Concerning the jQuery or YUI client? Generally speaking, but not necessarily. Data storage, processing, and secure and error-free usage are their primary concerns.

And NodeJS opens up a plethora of possibilities for front-end developers in this regard. REST requests may be written in any language by backers. Using NodeJS, we front-end programmers may communicate with the server layer in pure JS, carrying out the required operations through REST requests. The divide of labor is now quite evident. Now that the frontend has reached the server and the boundaries of the NodeJS UI, the remaining responsibilities are in the hands of the backend developers.

The Backend is Terrified, While the Frontend is Ecstatic!

The knights of the “back end” are terrified by this interface encroachment on their patrimonial territories, many of whom still believe JS is a toy language. In my opinion, they are the ones that bring up the issue of whether or not to utilize NodeJS in a project. In the backend, two sorts of engineers are at odds. Because I want to preserve “everything as it was,” I can think of no other reason. After receiving the server, you will be responsible for all backends. We are seeing a lot of downtimes, and this is a battle for influence.

Even so, things shouldn’t be this way. In big systems, it makes it logical to separate the back-end UI from the back-end business logic. As a front-end developer, why should I care about the server-side language? What’s the point of putting business operations in the backend user interface? In contrast to the demands of back-end developers, front-end developers have a distinct set of requirements. In light of the Single Responsibility Principle, Separation of Concerns, and Modularity of architectural methods, it seems almost ridiculous that you haven’t had this separation until now.

Also, NodeJS didn’t exist prior to this time. For front-end developers, it is not the greatest choice to construct back-end UI in their own language. Why not use PHP to create your website’s front-end templates? Using JSP would make more sense if you were creating Java code. Front-end developers had little option but to reluctantly accept the server’s configuration. It’s here.

We’re big fans of nodeJS because of all the possibilities it provides. The backend should not be developed entirely in Node simply because it “can.” My belief is that nodeJS offers front-end developers complete control over their domain (the front-end and back-end user interfaces), allowing us to operate more effectively and efficiently. Front-end design is the area where our expertise lies, and we know very little about back-end data processing. An attractive, fast, and easy-to-use user interface may be created for your customers if you tell us how to collect the data we need and how to inform the business logic what to do with it.

A Node-based back-end user interface also frees back-end engineers from a wide variety of chores and issues that they are not interested in tackling. Developing web applications where the REST layer is unaffected by the front-end components enables us to quickly iterate on the user experience without having to alter the business logic entirely. The water is fantastic, so dive right in!

8 Common IPTV Problems and Their Solutions You Should Know About