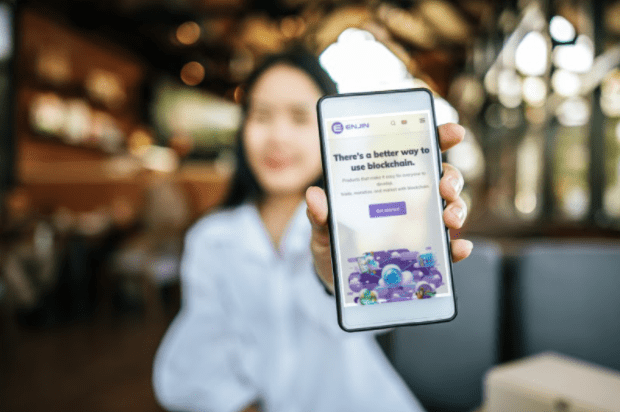 Japan’s Virtual Currency Exchange Association, the country’s self-regulatory body overseeing cryptocurrency exchanges, is known for its tough stance when it comes to banking on new forms of cryptocurrency. Japan’s crypto-asset legislation is designed to protect users and stakeholders while maintaining innovation within Japanese markets. Projects that want to be traded on Japanese exchanges must pass a rigorous examination process.

Enjin Coin, though, was undaunted. Just call them the little Enjin Coin that could. On Tuesday, Jan. 19th, it was revealed that Enjin Coin (ENJ) had overcome the rigid regulations of the JVCEA and had become the first gaming cryptocurrency to be whitelisted for use in the country.

The move was announced via press release. It’s expected that by Jan. 26th, Enjin Coin tokens will be listed on Japan’s Coincheck exchange. Alongside Bitcoin, Ethereum, and Litecoin, ENJ will become one of just 15 assets available on Coincheck, allowing Japanese users and developers to purchase it with JPY and trade with BTC.

Coincheck is one of the country’s largest licensed cryptocurrency marketplaces, Coincheck is regulated by the Financial Services Agency (FSA) of Japan.

Enjin Coin has real-life value, meaning that all assets created with it also have real-life value. These assets exist on the blockchain, which makes them powerful.

According to Coin Market Cap, shortly after the announcement of Enjin Coin’s approval by the JVCEA, ENJ was trading for $0.30. That showed a 27 percent increase in a 24-hour span, and a 71 percent uptick over the course of a week.

Enjin, the company behind ENJ, entered the Japanese market in 2019. They partnered with Tokyo-based blockchain accelerator HashPort. The purpose of this partnership was to seek to bring Enjin’s platform to a place in the ultra-competitive and highly-lucrative Japanese games market.

“Enjin made a bold commitment entering the Japanese market in 2019, determined to grow [its] business in the space regardless of market conditions,” HashPort’s CEO Seihaku Yoshida told Yahoo Finance. “After more than a year of due diligence, the approval and listing of Enjin Coin on Coincheck is an important milestone for Enjin and adoption of its blockchain platform in Japan.

“Since our partnership was announced, the Enjin team has been in discussions with various leading domestic companies and projects. I’m honored to help them achieve this milestone and positively impact the Japanese gaming industry and beyond.”

What Enjin Coin Does

Enjin Coins (ENJ) are a store of value tokens. These utility tokens are locked into non-fungible tokens once they are created by users within the ecosystem of Enjin’s gaming and app. Once created, these NFTs are available for trade or swap. They can also be integrated cross-platform, creating the potential to develop entirely new in-app economies.

A player’s entire gaming inventory can be stored in their smartphone. For example, it could feature a sword that players would be able use in multiple games. That same sword could just as easily be sold to any other player at any time. To make all of this possible, the company has created a product ecosystem that is fueled by Enjin Coin.

Through the company’s platform, game players can monetize, design and grow the next generation of multi-player games. Players are also provided with free blockchain wallets.

Enjin believes that what they have to offer is going to be the next big step in Japan’s rich history of developing interactive games that capture the fancy of its users.

“From Super Mario to Pokémon and Final Fantasy, Japan is home to pioneering games that hold a lasting place in pop culture,” Enjin CEO Maxim Blagov said in a statement. “We believe some of the world’s best blockchain games will come from the Japanese gaming industry.”

Japan displays a rich history of world firsts, technological inventions, and household names that have changed the way people live and interact with the world.

The country boasts the world’s third-largest games market, with a track record that includes the likes of the Sony PlayStation, Gameboy, Pac-Man, and Pokémon.

Revenue in the Japanese video game market is projected to reach $18.2 billion US in 2021. The largest segment is in mobile games, with projected revenue of $12.4 billion in 2021.

How to Get VLC on Roku [Two Simple Methods]