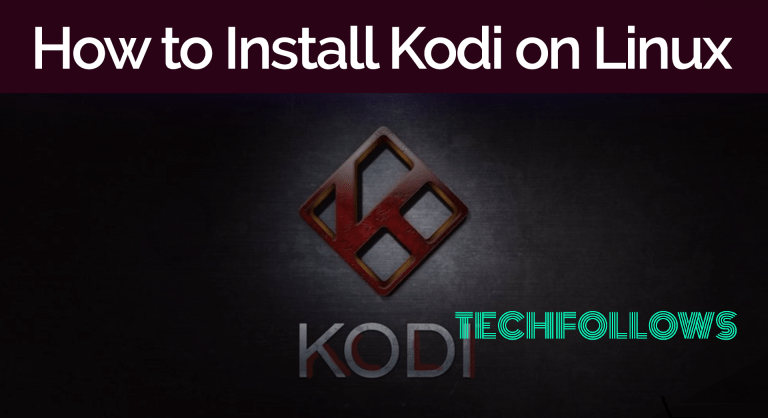 Kodi for Linux was developed for Ubuntu-based distributions, there is a wide range of third-party packages available for the Linux distros, and you can even compile the Kodi directly from the source code. We will also go over the codecs and subsequent addons that you should use with the Kodi to boost the media streaming experience. It is one of the beast Kodi open source media hub. That enables you to enjoy the media library all in one place, which includes movies, TV Shows, music and video games.

Kodi is the open source home media hub, that enables you to enjoy your media library all in one place So that it includes movies, Music, TV Shows, and video games. It doesn’t come with the bundled of its own content, The application has the highly customizable interface, from the themes through plugins to add-ons as well as the active developer community. Kodi is the natural choice for all power users.

How to install Kodi on Linux?

If you have Ubuntu, Linux Mint or other Ubuntu based distributins, then there are two ways that you can install on Kodi: the default method from the pre-compiled binaries, or by compiling it with the source code. You can look at those two methods in turn.

Use the command line terminal and enter the following commands, just make sure to follow their prompts.

Step 2: The next command you enter based on which Kodi repository you wish to add. There are three versions available that are: the final release build, the beta build, and the nightly builds. Enter which one you want to install.

And then confirm the installation.

Method 2: How to compile and install Kodi with the source code?

Step 1: First, install Git to download Kodi. For a stable branch, type the following into the terminal:

Step 2: Now get the source code for Kodi. For the stable branch, you have to explicitly name the version of Kodi you need. In this case, you will want Krypton:

Step 3: Then go to the Software & Updates in your settings and check to see the Source Code has been selected.

Step 4: Install required packages and dependencies, by typing the following:

Step 5: Configure your Kodi by typing:

If you want to use supported system libraries, then enter:

You may find some errors that come up during this stage. Kodi now needs for example, that is not available in Ubuntu repositories. You have to supply a Makefile in tools/depends/target/, so enter:

Step 6: Build your Kodi by typing in:

Step 7: With everything compiled and built, you can now install Kodi:

Step 8: Once Kodi gets installed, you can launch Kodi either on your terminal or from your search bar.

How to install Kodi on Arch distributions?

And confirm installation. Once its installed, then type Kodi to launch.

Read Also: How to install Kodi on Windows? and Kodi For Android

Kodi is one of the most versatile media streaming application, that provides you with loads and loads of contents for free of cost. With the help of Kodi you can enhance the features of Kodi the way you want. There is a wide range of available for Kodi you can choose the addons based on your needs.