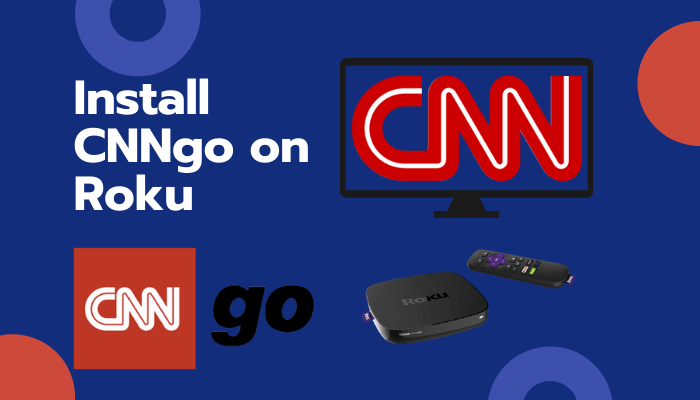 CNNgo is the official streaming app to watch CNN. It has both live and on-demand media content of CNN, CNN International, HLN. Apart from the live channels, it streams originals, series, films, and digital shows. This app is compatible with Apple TV, Roku, Amazon Fire TV, Android TV, and Samsung TV. You can install CNNgo on Roku from its channel store for free. In this post, we will discuss the steps to install CNNgo on Roku.

#1 Connect your Roku device to the HDMI port of the TV and launch Roku.

#2 Press the Home button in the remote and select Streaming Channels in the menu.

#3 In the Channel Store, scroll down and select Search Channels.

#4 Type CNNgo in the search box and choose it from the options.

#5 Click Add Channel to install CNNgo on Roku and select OK in the prompt.

#6 After installing, click Go to Channel to launch the app on Roku.

#8 Select Roku in the available platforms.

#9 In the next screen, enter the Activation code and click Continue to Verify.

#10 Sign in with your TV provider credentials and activate the app to watch CNN content on Roku.

Sling TV is a pioneer in streaming service and has two types of subscriptions: Sling Orange and Sling Blue. It offers CNN channel on both the Packages and the cost of each package is $30 per month. Sling TV also has cloud DVR support for 10 hours.

Initially, Hulu was launched as a service to stream on-demand content. Later, the live streaming support was added with Hulu + Live TV plan ($64.99 per month). The plan also includes CNN, CNN International, and HLN in its top 65+ channels.

YouTube TV has 85+ channels, including CNN, NBC, Fox News, CBS, CNBC, HLN, BBC World News, etc. It has only one subscription, which costs $64.99 per month. The cloud DVR has unlimited storage space for recordings, and it permits simultaneous streaming on 3 devices.

You can watch CNN live News on Roku using CNNgo app or other streaming services. You can also screen mirror your smartphone to Roku for watching live news on TV. Do let us know the issues and suggestions in the comments section. Visit the Techfollows site for further tech articles and updates.

How to Add and Watch Bravo on Roku

How to Add and Stream Dailymotion on Roku