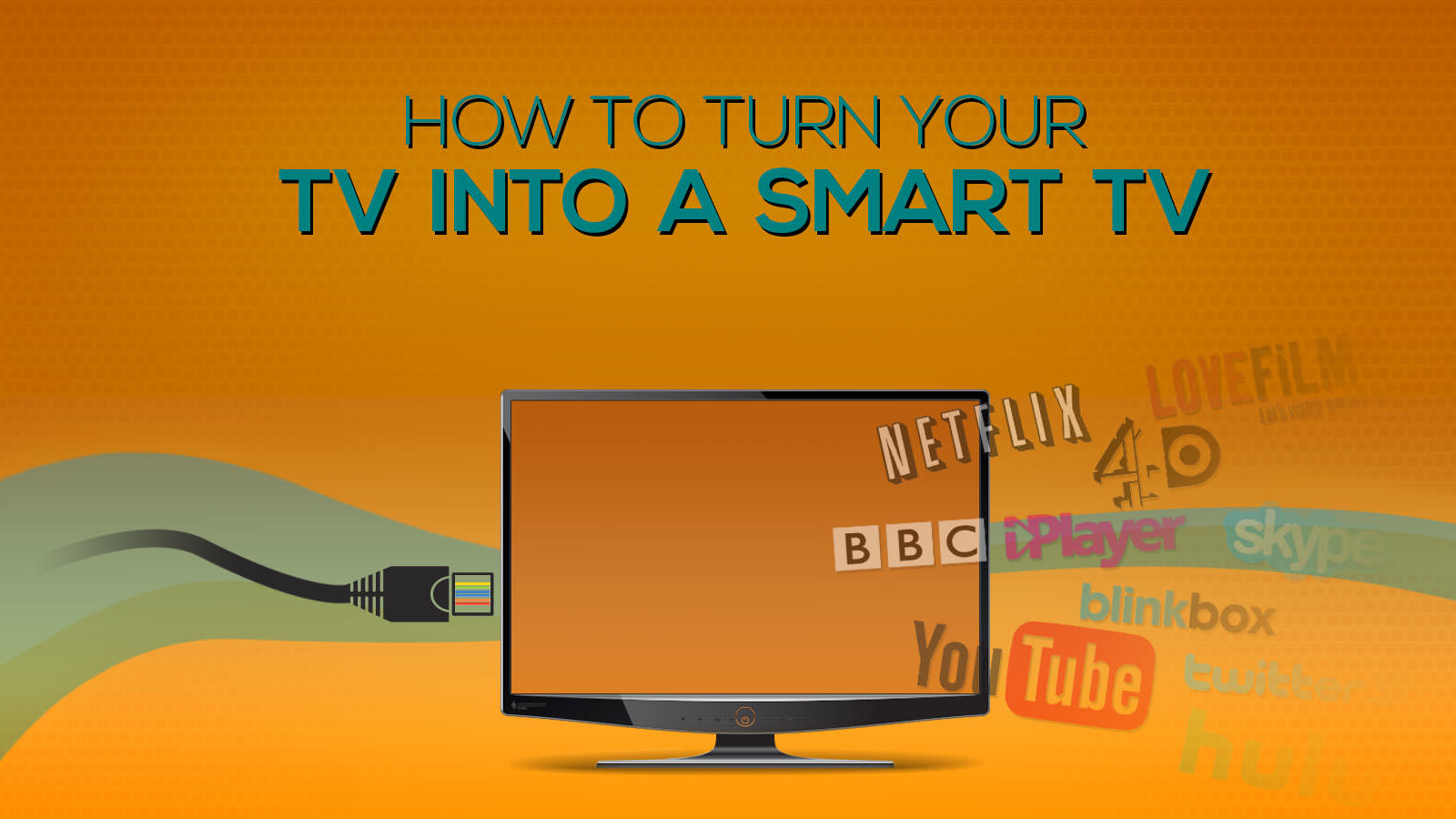 In today’s modern world, technology is rapidly expanding to such an extent that something in trend today might end up being neglected tomorrow. Such is the case with televisions, from CRT (Cathode-Ray Tube) to OLED (Organic-Light Emitting Diode ) televisions have evolved a lot with time. Like smartphones, TVs have also turned smart.

But, unlike smartphones which on average last up to two or three years a TV, on the other hand, can last up to a decade. People consequently don’t buy TVs as frequently as they buy smartphones. Therefore, the majority of people are still using their old TVs in the age of smart TVs. Even though there are good options for 4K TVs under 700 dollars but we don’t suggest you go out of your budget to buy a new Smart TV as Smart TVs are expensive. But you can use some of the gadgets that we are going to mention in this article to Turn a TV Into Smart TV.

Turn Your TV Into Smart TV

With the rise of online streaming sites like Netflix, Hulu, YouTube, etc, people now consider watching their favorite TV shows and movies online. Playing music, casting any of your devices on the bigger screen, connecting with your TV via WiFi are some other features that make a TV smart other than streaming online content. In this article, we will show you some ways in which you can turn your TV into Smart TV.

Streaming devices are electronic gadgets that get connected to your TV via HDMI port. A streaming device by connecting to a WiFi network enhances the performance and capabilities of a TV an turns it into a smart TV. Here is the list of a few streaming devices:

Thanks to its 8GB internal storage you can use Amazon Prime, Netflix, Hulu, YouTube, ESPN and can access up to 2000+ apps and games. It comes with Alexa voice remote which will help you to navigate options and control the content on the Fire TV Stick using voice command. The Amazon Fire TV stick runs Google’s Operating System (Android) under its custom interface. It is one of the best Android TV Boxes in the market at present.

Roku Players are easy to use devices as they are simple to set up. All you need to turn your TV into smart TV is a Roku Player, a TV with an HDMI port, and an internet connection. It streams almost all the free and paid streaming apps like Netflix, YouTube, Hulu, Google Play Store and more.

The Roku remote comes with dedicated buttons for Netflix, Hulu, and Sling. Roku search is an added advantage as it shows free or cheaper results for the searched content among the various streaming apps/sites. These players run on a custom OS called the ROKU OS based on the Linux operating system.

Apple TV Box is going to be the most expensive streaming device on this list. The Apple TV Box however worth the price as it features 4K HDR and Dolby Atmos which enhances the TV viewing experience by many folds. The Apple TV Box has a dynamic remote as it has gyro sensors and accelerometer built-in, which helps in playing the motion games smoothly.

You may also use the iPhone or iPad as a remote by connecting it to the Apple TV. Casting your content via iPhone or iPad is also very easy with the help of AirPlay. The Apple TV Box comes with a dedicated tvOS 12.0, 3GB RAM, and two storage options 32GB/64GB.

The Google Chromecast gets connected to your TV via HDMI port just like any other streaming device. You can use your TV remote to go to SOURCE>HDMI PORT(In which Chromecast is inserted) to set up the Chromecast for the first time. Once, the Chromecast is ready you can connect your device to it Via WiFi and start casting your content on your TV.

Back in 2013 when the first Google Chromecast was launched it only supported a few apps. But, the latest 3rd generation Chromecast supports almost every popular streaming sites like Netflix, Hulu, YouTube, Google Play Store and more, at the resolution of up to 1080p at 60fps. It also supports the major Operating systems Like Android 4.2 and higher, iOS 9.1 and higher, Mac OS X 10.9 and higher, and Windows 7 and higher. The Google Chromecast works as a screensaver if not in use, it has some very good-looking screensaver in store. A Google Chromecast is the best option to go for if casting content is your main requirement.

Miracast is a wireless video sharing protocol that works by connecting two supported devices using a peer-to-peer Wifi connection. Belkin Miracast may look similar to the Chromecast but they are quite different in actual. Belkin Miracast mirrors your phone’s screen and wirelessly cast it onto your TV screen. On the other hand, Chromecast uses your phone as a remote control to cast your content on the bigger screen. Chromecast is a better tool here as it allows you to use your phone to do other stuff while playing content on your TV. While using Miracast you cannot use your phone for multitasking as it is being mirrored on your TV.

Belkin Miracast allows you to watch your content on a bigger screen in full 1080p Resolution. You can also browse the web, view photos and play mobile games on your TV using the Belkin Miracast. Playing games and viewing files is an advantage that the Miracast technology has over the Chromecast. Miracast is supported on Android 4.2 and above and Windows 8.1 and above, iOS does not support Miracast as of now.

Earlier the Gaming Consoles were only limited to the gaming zone, but now you can do much more with them. Sony’s PlayStation and Microsoft’s Xbox One are the best gaming console out there in the market. Both PlayStation and Xbox connect to the internet via wired or wireless connection

Gaming Consoles support many paid and free apps like Netflix, HBO GO, ESPN, Amazon Prime Video and more. You can download more apps as both the gaming consoles come with storage up to 1TB. The gamepad works as a remote control in both PlayStation and Xbox. So, if you are into gaming, movies, and TV shows, you can go for these two gaming consoles which will help you turn your TV into a smart TV.

Blu-ray is actually a data storage format. It is the substitute of the DVD format, with better picture quality at higher resolutions up to 2160p ultra-high definition. A Blu-Ray disc, on the other hand, is a digital optical disc which is used to store Blu-Ray content. A Blu-Ray disc needs a Blu-Ray player to run its content

The older Blu-Ray players were only used to play Blu-Ray content. But, there is some latest Blu-ray player that gets connected to WiFi and allows you to watch your online TV shows. You can also view YouTube videos in these smart Blu-Ray players.

Online streaming has become a trend now. Therefore more and more people are signing in to online platforms like Hulu, Netflix, and Amazon Prime. But most people still watch their favorite online TV shows on small screens. Its right time for you to use any of the above-mentioned gadgets to turn your TV into Smart TV and start watching your favorite content on the big screen.