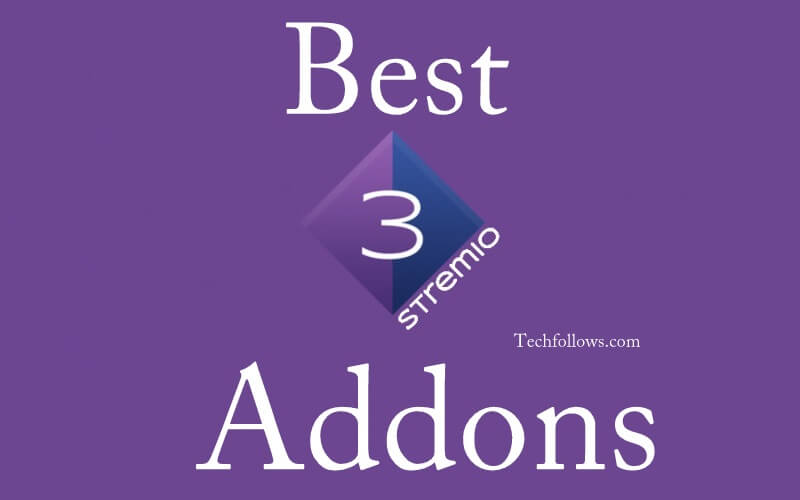 Stremio Media Player is a perfect replacement for Kodi and it is the best place to watch all your favourite media’s. Just like Kodi Media Player, it also supports official and third-party addons to watch the media’s from the third-party sources. The main advantage of using addons in Stremio is that these addons can never be taken down. Unlike Kodi, Stremio addons stream the media directly from the torrent websites. With the third-party addons, you can also watch the copyrighted media’s. The multi-media server enables the user to stream their favourite media without any legal issues. We bring you the best Stremio addons for 2020 to enhance your streaming experience to the new level.

After installing Stremio, you can watch all your favourite movies and TV shows with the help of Movie addons. Here is the list of Ultimate Stremio Addons for watching movies:

DTube Stremio Addon is very similar to YouTube and it is a perfect platform for the people who create unique video content. You can watch, upload, comment and share the videos that you want. The Platform is linked to the STEEM blockchain and you will get the reward in the form of cryptocurrency.

It is a torrent based addon that lets you stream movies and TV shows directly from the torrent websites. Moreover, you can also watch all those movies without any cost. The interface will provide you with a great deal of free media along with a huge selection of entertainment options.

Popcorn Time Stremio Addon is one of the popular movie addons that fulfil the requirement of all movie lovers. You can stream all the latest movies and TV shows for free. It also helps the users to stream the movies directly from the torrent websites like EZTV and YTS.

Netflix Stremio Addon is another movie addon that let’s enhances your streaming experience to the new level. With this subscription-based addon, you can watch all the Netflix movies and series without any hassle.

RARBG Stremio Addon is a popular movie addon that fetches the media directly from the RARBG torrent website. After installing this addon, you will be presented with all the features that are available in RARBG. Just like Popcorn Time, RARBG also streams the movies and TV Shows for free.

Open Subtitles Stremio Addon is a legal addon that lets you watch movies and TV shows with ease. It is a perfect addon for the people who want to watch their favourite video with the subtitles. You can add subtitles to all type of movies.

WatchHub is an amazing Stremio addon that streams the movies and TV shows directly from the top providers like HBO, Amazon Prime, iTunes, Hulu and much more.

With the below-mentioned ultimate stream addons, you can watch nearly 500+ live IPTV channels. You may face few geo-restriction problems while using some of these channels. But, you can bypass that geo-restriction with the help of Stremio VPN’s like ExpressVPN.

Related: How to install Stremio on FireStick

FilmOn VOD is an official Live TV Addon that streams hundreds of live TV channels along with TV shows and free movies. Due to copyright issues, it streams only the old movies and TV shows.

If you’re a sports lover, you can use these addons to watch your desired sporting events along with match highlights.

Twitch Stremio Addon is a popular addon that hosts various sports channels to stream all the live sporting events around the world. You can use this addon as an alternative for your traditional cable to watch live sports.

Along with streaming movies and TV shows, YouTube Stremio Addon also streams all the popular sporting events around the world. After installing this addon, you can watch the media that are uploaded by the other users.

PirateBay Stremio Addon is a new addition to the Stremio armoury. With this addon, you can watch all your favourite sporting events without any hassle. Moreover, it also streams movies, TV shows, anime, documentaries and much more.

Stremio is the best place to watch movies, TV shows, Sporting events and Live TV channels for free. With the help of these addons, you can watch all the latest media’s without any hassle. Make sure to use these addons with the best stream VPNs to avoid the geo-restriction. We hope the article on best stremio addons is really helpful and easy to follow. Thank you for visiting Techfollows.com. For further queries and feedback, leave a comment below.

What is Stremio? Everything You Need to Know