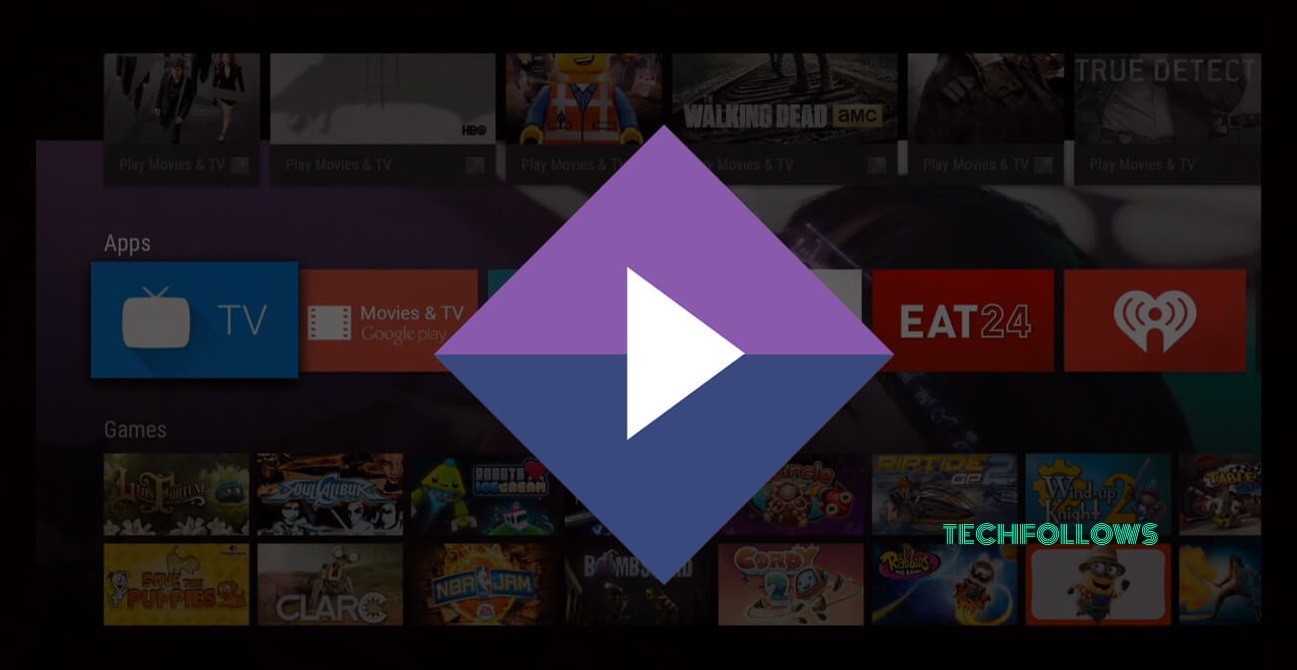 Stremio is a video streaming service used to watch popular movies, TV shows, and online channels for free. It streams various media by connecting to different sources. After installing the Stremio on your respective device, you need to download addons/plugins to stream third-party media. You can download those add-ons within the app. All the movies and other media will come with the special album art, descriptions, actors’ details, and IMDb ratings. Stremio is accessible on popular platforms like Android, iOS, Windows, and Linux. If you’re an Android TV user, you can also install Stremio App. Read further and know how to install Stremio on Android TV.

There are two methods available to install Stremio App on Android TVs. You can use any one of the methods which are convenient for you.

#2: Locate the search bar and type Stremio with the help of your TV remote.

#4: From the search results, select the official Stremio app, which comes with the following logo.

#6: Within a few minutes, the Stremio app will be installed on Android TV.

#7: After installation, select Open to launch the app.

How to Add Stremio on Android TV using a Web browser?

It is another easier method that lets you download Stremio on Android TV. But you need to install a web browser on your Android TV. You can download the web browser from the Google Play Store.

#1: Launch the web browser (we recommend you to use Google Chrome).

#3: From the reputed third-party websites like Apkpure and Apkmirror, download the latest version of the Stremio installer (Apk) file.

#4: Open file manager and navigate to the download folder.

#5: Run the downloaded file and select Install to start the installation process.

#6: Within a few minutes, the Stremio app will be installed on Android TV.

#7: After installation, launch the Stremio App from the Apps section.

How to Get Stremio on Android TV using Downloader

As an alternate method, you can install Stremio on Android TV using third-party apps like Downloader. Before stepping into the installation procedure, make sure to enable unknown sources on Firestick.

To do that, go to Settings from your Android TV home, click System > Security & Restrictions > Apps from Unknown Sources > Turn it on.

#2: Launch the app and enter the APK file link in the URL field.

Note: Make sure to download the APK file to clear up the device storage.

Why do you need a VPN?

Just like Kodi Media Player, you can install Addons/plugins on Stremio to access various third-party media. Some of the Stremio Addons are from third-party sources. While using those addons, you must safeguard your privacy with the help of a VPN. It encrypts your internet activity and prevents others from monitoring or tracking your online activities. We recommend you use ExpressVPN to safeguard your privacy.

By installing Stremio Android TV, you can stream your favorite movies and TV series on bigger screens. The downloading procedure is similar to the one that we are using on Android mobiles. You can also fetch the subtitles for your Stremio movie right from the application.

How to use Streamio on Android TV?

Is Stremio free to use?

Yes, Streamio is completely free to install and use.

How to fix Stremio not working?

Make sure to connect your device with a stable internet connection and try again.

Is Stremio illegal or legal?

Stremio is legal and safe to install and use.

How to Install Eternal TV (IPTV) on Firestick / Fire TV

How to Install Ares Wizard on Kodi