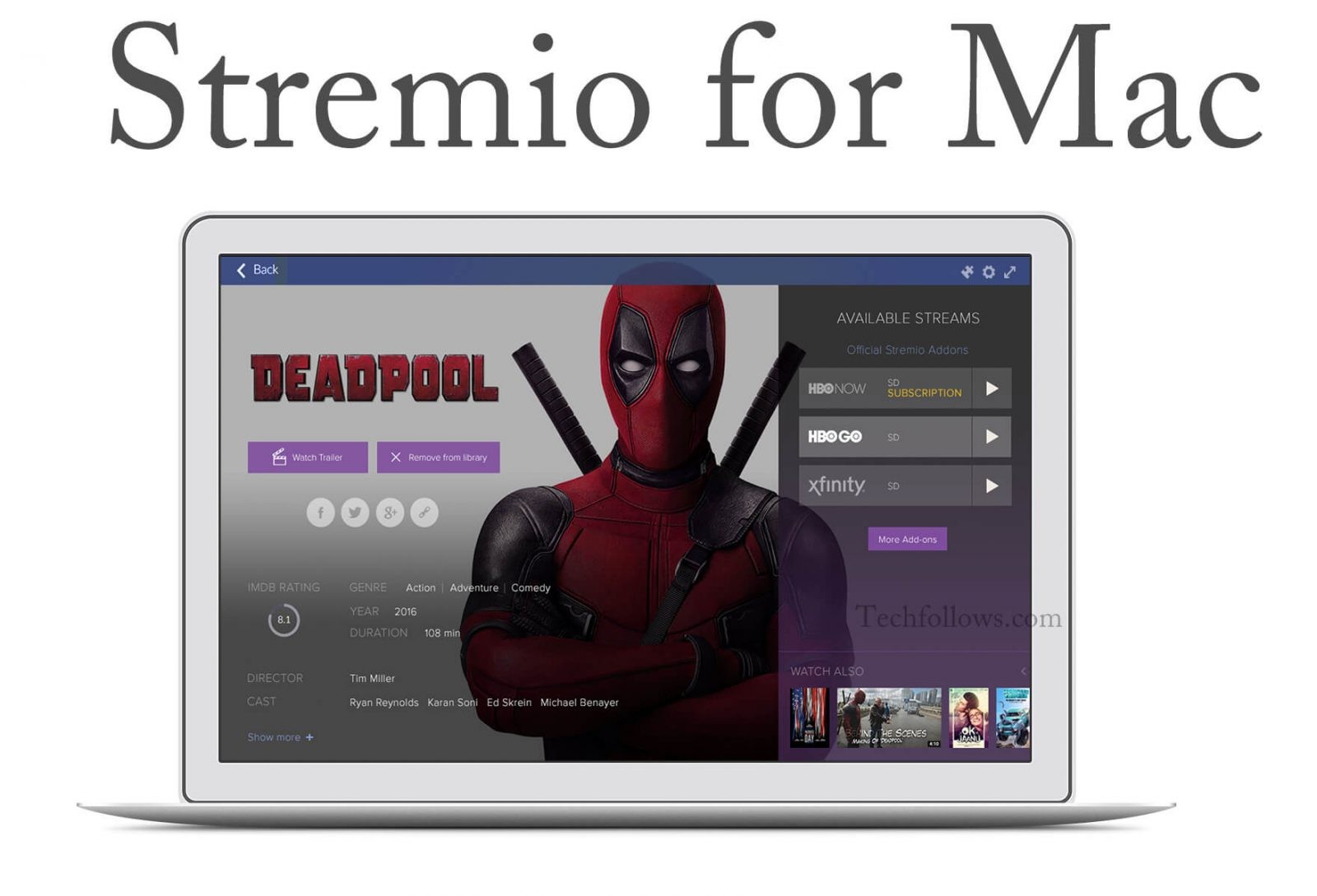 Stremio is a video streaming application that lets you watch popular movies and TV series for free. While comparing with Plex and Kodi, Stremio is accessible only on fewer platforms. It also has less flexibility while comparing with Kodi. But the simple user-interface makes it ideal for the movie lovers. You can access Stremio on Windows, Android, iOS, Mac and Linux. In this article, we will show you how to install Stremio on Mac devices.

By installing Stremio on Mac, you can watch movies, live TV shows, sports and much more on your Mac. You can also watch popular streaming services like Netflix, Hulu and much more with the help of addons. Read further and know how to install & setup Stremio on Mac.

Related: How to install Stremio on Linux?

How to install Stremio on Mac?

Installing Stremio App on Mac is very easy. Use the same procedure that you’re using to install other Mac applications.

#1: Launch Safari browser on your Mac.

#3: Scroll down and click Stremio 4.4 (Beta) located next to the Stremio for Mac OS.

#4: Within a few minutes, the installer file will be downloaded on your Mac.

#5: Now, run the downloaded file and go through the usual on-screen instructions.

#6: Within a few minutes, the Stremio app will be installed on your Mac.

How to Setup Stremio on Mac?

After installing the Stremio App, you need to carry out few more procedures to watch Stremio movies.

#2: You will be directed to the login page.

#3: Now you need to configure login details. There are three ways available to Sign in to your Stremio App:

#4: After configuring your login details, you will be directed to the home page. From their, you can stream your favorite movies on the Mac.

#5: Tap the Puzzle Icon located on the top left corner of the screen to download the Stremio Addons.

Related: How to install Stremio on Windows?

Install Stremio on Other Platforms

Stremio is also accessible on other platforms. Here are the installation guides for

Stremio on Xbox One

Why you need VPN for Stremio?

Just like Kodi Media Player, you can download addons on stremio app to watch media various third party sources. Some of the third party addons streams copyrighted media for free. While accessing those media, you will have copyright infringement problems and ISPs (Internet Service Providers) can track your original IP with ease. To avoid those issues, we recommend you to use VPN. It encrypts your internet activities and changes your IP to different location. There are so many free and paid VPNs available on the marker. But, we recommend you to use ExpressVPN.

This is how you have to install and setup Stremio App on Mac. Even though Stremio doesn’t have as much functionality as its rivalries, it makes up for it through ease of use. Stremio is a perfect application for the people who want to stream licensed media without worrying about in-depth configuration.

How to Enable and Use Screen Mirroring on Roku?

How to Setup VPN on Chromebook in 2021