How to Record Gameplay on PS5 [PlayStation 5] 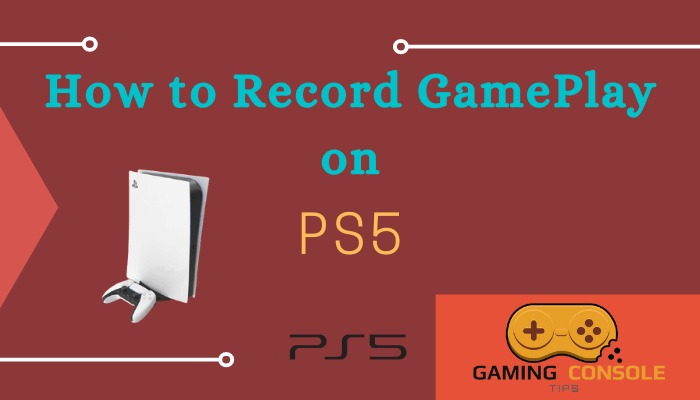 Every gamer likes to share their best gaming skills with others through social media. Recording gameplay or taking screenshots is quite difficult in most gaming consoles. In PlayStation 5 it is simple and easy to save the Gameplay. On PS5, you do not require an app or any hardware like a USB Capture Card. You can record Gameplay on PS5 using the Create button on your DualSense controller.

Ways to Record Gameplay on PS5

There are two ways to record the Gameplay on the Playstation 5.

Record Live Gameplay: At any point during the Gameplay, you can record gameplay on PS5 manually by enabling recording from inside the game.

Record Previous Gameplay: PS5 automatically fetches upto the previous 5 minutes of gameplay. If any special events occur during gameplay, you can fetch the Previous 15 seconds, 30 seconds, and 5 minutes

How to Record Live Gameplay on PS5

1 – Use the ⇦ ⇨ buttons on the controller to select the games or apps on the home screen.

2 – Once you have highlighted any game you wish to play, press the ⛌ button on the controller to launch the game.

3 – During the gameplay, press the ⚟ CREATE button on the top left of the controller to record the Gameplay.

This would bring up a floating menu on the bottom of the PS5 GUI.

4 – Use the ⇦ ⇨ buttons on the controller to highlight the button ═ towards the extreme right of the menu.

5 – Hit the ⛌ button on the controller to bring up the floating vertical menu.

7 – Tap the ⛌ button on the DualSense controller to select the file format you wish to save the video clipping.

9 – Tap the ⛌ button on the DualSense controller to select the file format you wish to save the video clipping.

11 – If you wish to include Mic Audio or Party Audio, you can highlight the option Include Your Mic’s Audio or Include Party Audio, using the ⇧ ⇩ button and tap the ⛌ key to toggle Enable or Disable.

12 – Press the △ button on the controller to return back to the previous menu.

13 – Use the ⇦ ⇨ buttons to highlight the Start New Recording located in the center of GUI.

14 – Tap the ⛌ key to start recording the game footage.

15 – To stop the recording, press the ⚟ CREATE button on the controller.

16 – Highlight the Stop Recording button with ???? icon. Hit the ⛌ key to save the footage.

17 – On the PS5 home screen, use the ⇦ ⇨ button to highlight the tile named Media Gallery. Tap the ⛌ key to see all the saved footage.

How to Record Previous Gameplay on PlayStation 5

1 – Launch the game as shown in the previous procedure.

2 – During gameplay, if you experience any special moment that you wish to share with friends. You can hit the ⚟ CREATE button.

3 – Use the ⇦ ⇨ buttons on the controller to highlight the first button with ⏲ icon.

4 – Hit the ⛌ button on the controller.

This would bring a simple floating vertical menu with two options, Save Short Clip and Save Full Video

5 – Highlight the Save Short Clip option using the ⇧ ⇩ buttons on the D-Pad of the Dualsense controller.

6 – Press the ⛌ button on the controller.

This would expand the selection and bring up another vertical menu on the right with the options: Last 15 Seconds, Last 30 Seconds, and Last 5 Minutes

7 – Hit the ⛌ button on the controller to start recording.

8 – To stop recording, refer to this step in Method 1.

Related: How to Record Gameplay on PS4

Yes. But you need to manually enable this by toggling the ‘Include Party Audio‘ and setting the toggle to enable. Refer to Step 11 to know how to do this. 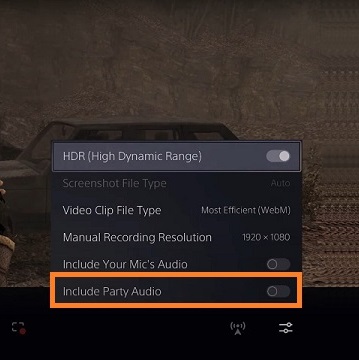 How to record gameplay on PS5?

You can easily record gameplay on PS5, by pressing the ⚟ CREATE button on the controller during the gameplay and pressing the Record button. 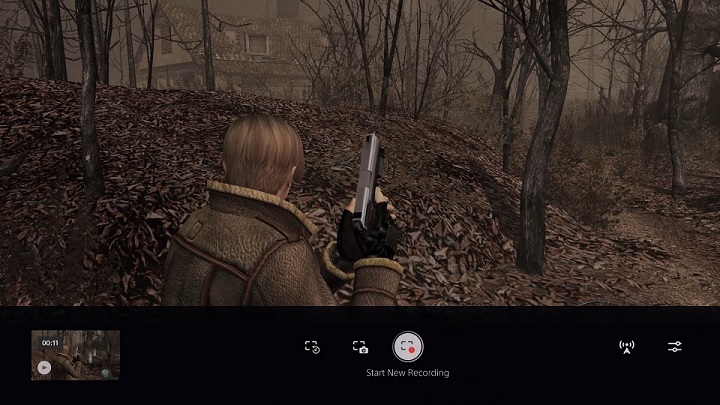 How to take a screenshot on PS5 during gameplay?

To take a screenshot during gameplay :

2 – Highlight the button ???? with the camera icon, labeled as ‘Take Screenshot‘ on the bottom menu.

3 – Press ⛌ on the controller to take a screenshot. 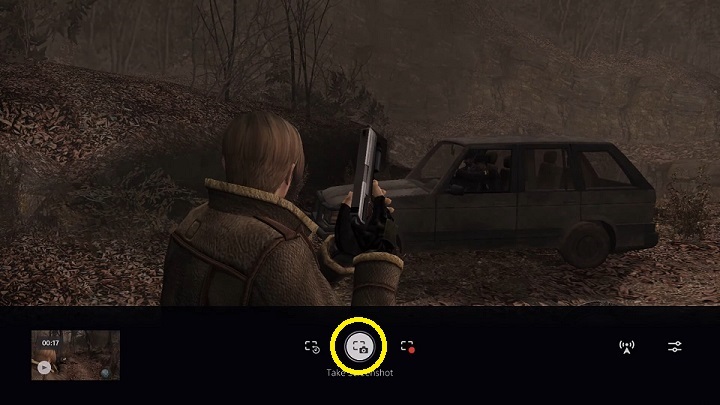 GUI The graphical user interface is a form of user interface that allows users to interact with electronic devices through graphical icons and audio indicators such as primary notation, instead of text-based user interfaces, typed command labels, or text navigation. GUIs were introduced in reaction to the perceived steep learning curve of command-line interfaces (CLIs), which require commands to be typed on a computer keyboard.

PS PlayStation, officially abbreviated as PS is a video game brand that consists of five home video game consoles, two handhelds, a media center, and a smartphone, as well as an online service and multiple magazines. The brand is owned by Sony Interactive Entertainment, a division of Sony.

USB Universal Serial Bus, commonly abbreviated as USB. It is an industry-standard that establishes specifications for cables, connectors, and protocols for connection, communication, and power supply (interfacing) between computers, peripherals, and other computers. A broad variety of USB hardware exists, including 14 different connector types, of which USB-C is the most recent.