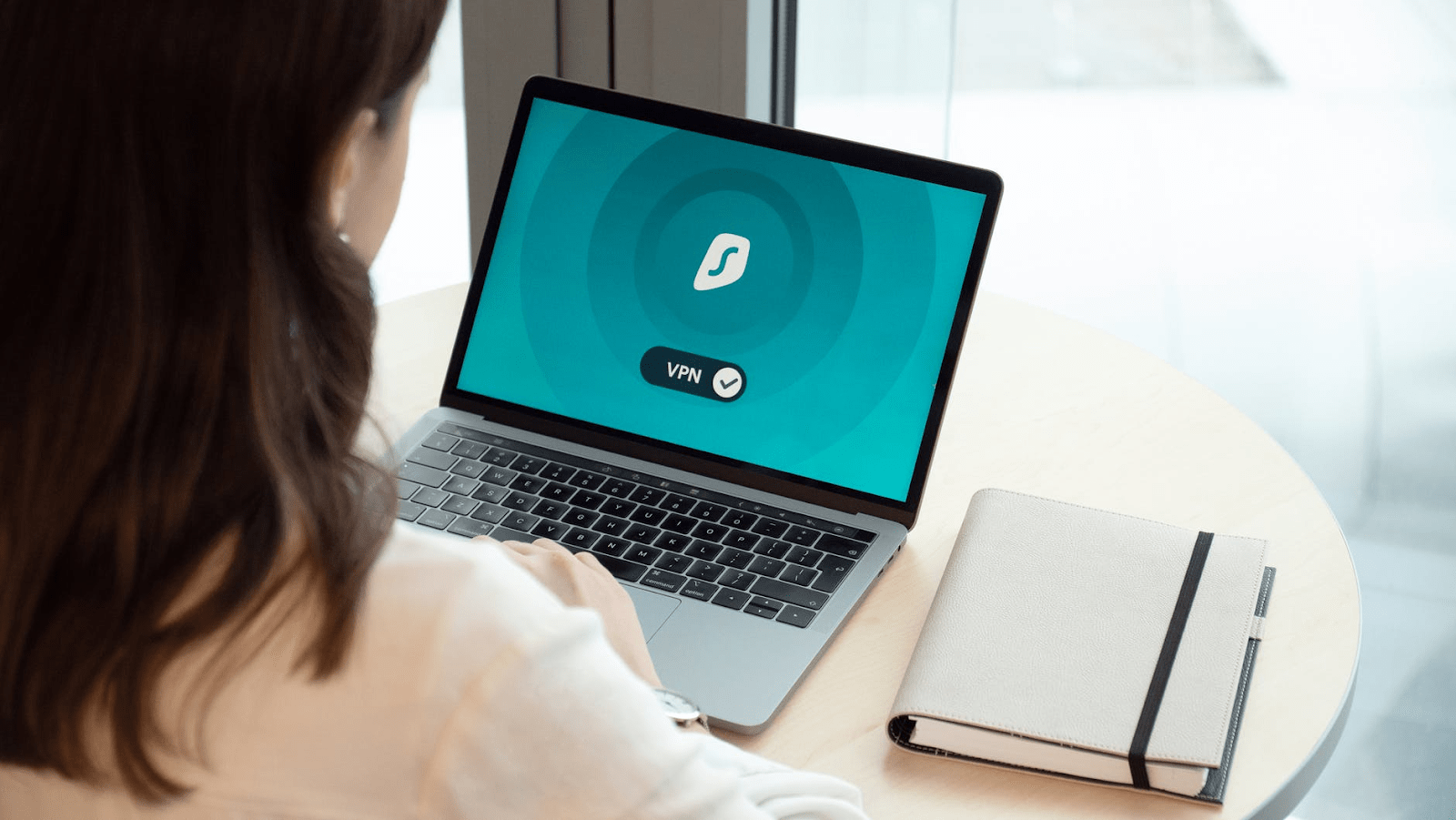 VPN has become one of the most useful tools pertaining to all of our online streaming. It provides us with a variety of benefits such as security and unmitigated access to global servers and their contents. This added layer of security comes in the heels of unprecedented internet accessibility in recent history.

For those unfamiliar with VPN, it stands for Virtual Private Network (VPN) where you connect your device to a commercial VPN service provider where their servers encrypt your data connection prior to accessing the public network. This allows you to have your online activities hidden from your ISP or any prying eyes.

Aside from security, one of the benefits of having a VPN comes when you avail for a streaming service. With so many of it available today, the number of VPN providers is also keeping up along with a plethora of servers stationed all over the globe. When you take the time to check this guide, you’ll know that choosing the right provider is also crucial to maximize your streaming capabilities. Also when choosing a provider, make sure you’ll get all of the benefits of a VPN when logging into each of your streaming services. Here’s what you’ll need to look out for when choosing a VPN for your streaming needs:

Nobody likes a slow internet connection and all of the Internet Service Providers (ISP) are claiming to be the fastest service provider on the block. However, recent Net Neutrality rules have allowed ISPs to virtually reneged on their promise of giving you a fast internet connection. Throttling is a reactive measure employed by ISPs in certain areas of the network to regulate traffic and prevent servers or network nodes from getting overloaded. This is also used to even out the usage of the bandwidth of all the devices connected to the network. Yes, capping your use may have its merits considering the overall good of the users but it doesn’t remove that bitter taste when your ISP provider is purposely not giving you the bandwidth that you’re paying for.

The simplest way to know if your ISP is slowing down your internet connection is through a VPN. Coincidentally, it’s also one way to go around this practice without having to argue your case in a Congress hearing. There are two common signs when your connection is being throttled, one is if you’re experiencing slow speeds when watching videos on Youtube or if your streaming services such as Netflix, Hulu, or Amazon are suddenly stopping or taking forever to play. The latter shows a significant uptick in bandwidth usage in the past year considering how people were confined in their own homes. VPN masks your IP address and the server assigns a different IP address which eliminates the problem of throttling.

Streaming videos and games can sometimes have restrictions depending on which country you reside in. Other countries can have censorship or license restrictions on certain contents. For example, if you want to watch a particular show from your country but because a local network or platform has gained the right for that show, you won’t be able to access them. Using VPN, you can circumvent these restrictions since you’ll be accessing the platform from a different location where the restriction does not apply. You’ll also be able to go around local censorship of various sites or contents using this tool, but you’ll have to find the right provider that offers access from different regions around the world.

Unrestricted access is also used by people looking to play with other players outside their local servers. It also applies to streaming videos and other content. If you want to know how much you’re missing out on, you can try to sign up with a free VPN service but you won’t be able to get unlimited bandwidth as they’re reserving those to premium users. However, you’ll be able to take a peek at what shows available from different regions and you can decide then if signing up for a premium account is worth your while.

With VPN, you’ll not only gain access to what’s available in a particular geographic region but you’ll virtually have unlimited access because you can transfer to different servers until you’ll find the content you’re looking for. The beauty of it is that you won’t have to sign up to multiple VPNs or even streaming platforms (unless it is exclusively produced for that streaming service) because you’ll have access to the hundreds, even thousands of global servers of the VPN provider.

Your ISP is constantly collecting data from your streaming activities. Depending on who you ask, some people find it invasive to be unknowingly tracked by service providers who only want to give you a fast connection. Browser history, app usage, and location are valuable information for interested third-parties who are looking to form a profile about anyone who’s connected to the internet. Your ISP is strategically positioned to collect this data from you since you’re conducting all your internet activities via their infrastructure. But why are they doing it?

Data Retention: Many countries are allowed, rather required, by the government to store their client’s information for a certain duration. This helps the security organization of the government to track your activities when investigating certain crimes. While this is important to prevent terrorist activities, it also endangers whistleblowers or journalists to protect their identity from those who’ll cause them harm.

Also, if you’re streaming content that goes against your government’s policies (no matter how unethical they are) you’ll be in danger of getting flagged. In today’s uncertain times, security and freedom are not always on the same side of the coin. VPN protects your activities by accessing through different servers that your ISP would find difficult to trace back to you.

Data Sales: ISPs are also allowed and are making quite a profit by selling data they’ve collected from your activities. They sell it to advertising companies who’ll then make advanced algorithms to target you with ads to complement your buying habits as well as your online searches. This is effective for them but is also intrusive on your part. This is a hotly contested topic in many circles, but in the US, the ISPs are allowed to sell gathered information to widen their margins. Although, not all countries practice this precedence is already established and it won’t be long before sensitive and unauthorized information are up for bid.

Safe Use of Public Wifi

People are often thirsty for free wifi connection. However, many of these free services are not actually free per se. The user is at risk of being tracked and having their information (sensitive) recorded for monetary or sometimes nefarious motivations. Streaming using public wifi can seem like getting something for free but your information is at the mercy of those in charge of the network as well as those who can access them freely. Although there is a gap in coverage between connecting to the wife and activating your VPN, it is still safer to use a VPN rather than continuing with your streaming activities without one.

It Works For All Devices

Mobile devices are surging ahead on desktop computers. People are accessing the internet through their mobile phones and tablets. Many people prefer to use their tablets when streaming because they can take them anywhere and they have great resolution and screen size. VPN service providers offer apps for Android and IOS devices which makes it easier for them to protect your streaming apps from the dangers of exposed online streaming.

Streaming is popularly referred to as media or content delivered to your computer. The media content is mostly recorded and is available from different authorized platforms. However, streaming can also mean live coverage or real-time communication. Many communication tools like Teams, Zoom, etc. are heavily protected, they are not immune to geo-restrictions, censors, and data tracking. Your ISP will be able to keep tabs on your usage which also exposes you to interception. VPN can make all of your communications private and make it virtually impossible for your ISP or any other hacker to decrypt transmitted data which includes your location. This makes it possible for you to connect to anyone around the world without having to worry about snooping organizations and putting yourself at risk.

Free VPNs are available all around and they are great if you want to test the benefits of VPN. However, these services do necessarily provide the protection explained above. The loopholes in using their free service may allow them to collect data and use them which ultimately defeats the purpose of using VPN in the first place. A great VPN service features not only security but also flexibility and ease of use. It handles well when your connection stops or if you want to divert some data to pass through a standard connection.

Streaming has become one of the leading sources of entertainment in the past year. With the movie houses closing down and the economy is still reeling from the effects of the extended restrictions, the use of streaming services skyrocketed. This means the majority of the traffic is going through these services and businesses are wanting some of the action which could sometimes be indifferent to your privacy. VPN is a buffer between your freedom for private access to the internet and those who seek to exploit that freedom and security.

How to Make Your Company Premises More Secure