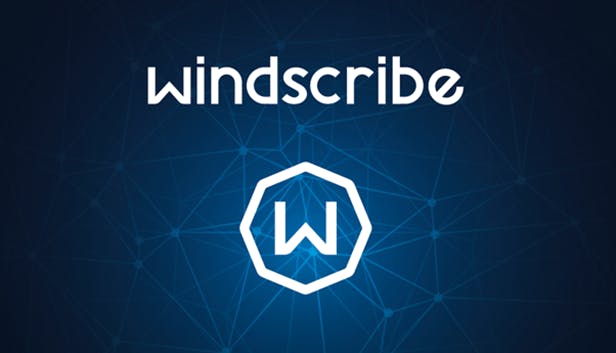 Windscribe is a Canadian-based VPN service that gained popularity due to its free service. Even though it doesn’t have the largest network, it is known for providing anonymity and bypassing geo-restrictions in most countries. The free version offers 10GB/month for the users who registered their Email ID with Windscribe and 2GB/month for the users who hadn’t registered their Email ID. You can also purchase the premium version to access a large number of servers and to unblock advanced features. Is the Free Version Good Enough? Read our detailed Review on Windscribe VPN.

Windscribe VPN is available in both free and paid versions. As we mentioned earlier, the free version will give you 10GB of data per month whereas the paid version will provide unlimited data transfer along with access to 110 locations and several advanced privacy features. Users can select either a $49/year plan or $9/month to unlock the premium features.

When it comes to payment methods, various options like Bitcoin, PayPal, Credit/Debit cards, and Paymentwall are available. Once you made the payment, you have only three days to request the refund. So try out the free version before purchasing the premium version.

The free version of Windscribe will give you access to 10 server locations whereas the paid version will give you access to nearly 450+ servers across 60+ countries like the US, the UK, Hong Kong, Canada, France, Italy, Spain, Germany, Denmark, Switzerland, Japan, Turkey, South Korea and much more. In the paid version, you can also get the ability to access city-level choices in major countries like the UK and the US. While comparing with other paid VPN services, the number of server locations is too low and if you want more server locations, you can try NordVPN.

Ever since Netflix launched its war against the VPN, it becomes harder to bypass its geo-restrictions. The normal servers in Windscribe don’t unblock Netflix. But, with the dedicated Windflix servers in the US and the UK, you can unblock Netflix and other popular streaming services with ease.

When it comes to torrenting, Windscribe has dedicated P2P servers around the world to download torrents without any copyright issues.

The overall performance of Windscribe is very good across all servers. All the aspects including download/uploading speed, initial connection time, and latency perform superbly on all servers. In our speed test, the downloading speed on a local connection reached nearly 25MB/second, which is decent enough for a free VPN service.

Windscribe has advanced VPN protocols like IKEv2, SOCKS 5 Protocol, and Open VPN. The VPN uses IKEv2 as the default protocol to offer higher speeds and it changes automatically to OpenVPN if the connection fails. The VPN is encrypted with AES-256 cipher to keep your online activities safe and private. It also has advanced privacy features like DNS leak protection, Kill switch, and IP leak protection.

The customer support of Windscribe lacks the most important 24/7 live chat feature. The website hosts a large number of guides, FAQs, and much more. You can also use the online support ticket submission and an automated chat agent to solve your queries. If you’re searching for a VPN with proper customer support, then Windscribe is not the ideal one.

Even though Windscribe is free to use, it lacks some of the advanced security features that you must need while accessing Netflix, BBC iPlayer, torrenting, and much more.

ExpressVPN: ExpressVPN is the fastest VPN service offering 2000 servers across 94 countries. The data which passes through the ExpressVPN is protected with 256-bit AES encryption along with a zero-logging policy on IP address, DNS request, and traffic. It also has DNS leap protection and an automatic kill switch to secure your activities when the connection was dropped out.

Windscribe is a good choice among free VPNs. Over the years, Free VPNs have been exposed so many times for exposing the user data to third parties. But, Windscribe is very different. It maintains a strict zero log policy to keep the user data safe and secure. Considering its privacy features, it is ideal for new VPN users.

How to Install and Use McAfee VPN on Firestick