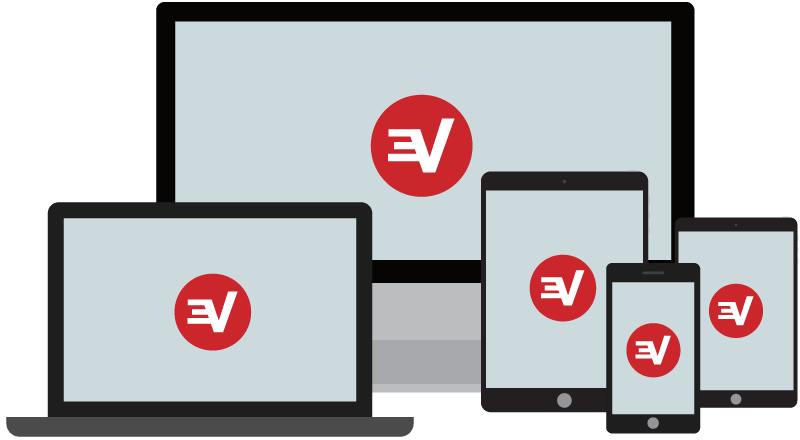 ExpressVPN is the best and popular VPN used around the world. Based on the British Virgin Islands, it offers a totally private browsing experience along with performance and reliability. The advantage of using ExpressVPN is that it is more reliable while unblocking the services like Netflix, Hulu, Kodi, Amazon Prime Video, BBC iPlayer and more. At the same time, ExpressVPN is not the cheapest VPN provider. With nearly 148 locations in 94 countries, ExpressVPN offers fast and reliable connection wherever you are. Europe and the US have the best coverage of ExpressVPN services. Another advantage of ExpressVPN is that it works on platforms like Windows, Mac, iOS, Linux, Android, Apple TV, routers, Fire TV, PlayStation, Kindle Fire, Chromebooks and much more.

With several advanced security features like a kill switch, forward secrecy, leak-protection, and military-grade encryption, you can be sure that no one can see what you are doing in online. ExpressVPN is a great choice for P2P filesharing as the torrenting is allowed on all servers. With 24/7 customer support, you can be sure that there is always someone there if you need them.

ExpressVPN has just three pricing plans. It costs around $12.95 per month and & $9.99 for six months and $6.67 for 12 months. All of the ExpressVPN subscription plans come with a 30-day money-back guarantee. While comparing with its rivals, ExpressVPN is a little higher in price. On the other hand, ExpressVPN has various payment methods including PayPal, Cards, Bitcoin, and options like Alipay, UnionPay, WebMoney, Yandex Money & more.

Click Here to get Special Discount For ExpressVPN exclusive for TechFollows readers!

When comes to Privacy, ExpressVPN is the best VPN that you can use to hide your identity. The perfect forward secrecy will add another layer of protection by providing you a new secret key every time you connect and then replacing them every six minutes when the session remains open. Another highlight of the VPN is that it supports DNS. In addition to offering DNS leak protection, it also runs its own private, Zero-knowledge, 256-but encrypted DNS on each server. This is the major advantage of using ExpressVPN while comparing with its rivals.

ExpressVPN has proved to be a standout VPN in our performance tests. It outshines its rivals and provides an ultra-speed connection for downloads in almost all locations. Whatever the server you have chosen, you will be provided with the ultra-speed connection for both streaming and downloading. In our performance tests, ExpressVPN has calculated at an average downloading speed of 64.52 Mbps and average uploading speed of 26.74 Mbps.

The major advantage of using ExpressVPN is that it gives access to geo-blocked websites. Providers like Netflix and BBCiPlayer know exactly what users are trying to do and they constantly update their systems to detect and block the individual VPNs. With ExpressVPN you can unblock various streaming networks like iPlayer, Netflix, Amazon Video, Wikipedia, YouTube, and more. Unlocking YouTube is very easy with ExpressVPN and it gave us instant access from US servers. ExpressVPN also bypasses the blocks and allowed us to browse and stream content from the BBC iPlayer.

At first glance, ExpressVPN may not appear as Torrent friendly as it doesn’t mention P2P at any instant. But, the VPN service has advanced features to support torrenting. In addition to supporting torrents, it also has features to avoid the common annoyances that you will get the other services. By using ExpressVPN, you will not get any catches related to the bandwidth or transfer and it also never throttle the speed of the . In ExpressVPN, there is an acceptable use policy, but that’s more about the legal issues.

Sometimes, setting up the VPN client may be a challenging one. But the well-designed website of ExpressVPN has a set clearly to keep the hassles to a minimum level. Just log-in to your Google account and it will display a download button by detecting your device automatically. If you need to download another platform, you have to tap “Set up on all your devices.” ExpressVPN is available on platforms like Android, iOS, Windows, Linux, Kindle Fire, Mac and more. Tapping on the platforms will give you the download link and instructions.

The windows client of ExpressVPN has a comfortable and familiar interface which makes you feel at home. You can activate the VPN service whenever you want by using the large On/Off button. The smart location feature will let you pick the closest server with ease. Just double-click the country to access its best location. You can manually browse or access every location within a country. The list of recent connections will display you the last three connections, making it easier to reconnect with the last connections. You can search for the individual location with the help of the search box. Windows ExpressVPN client has a feature to add the individual locations to the list. It lets you access your location quickly and easily.

To install ExpressVPN on your Android device, visit Play Store -> search for ExpressVPN -> find the app and download it just like other apps. Then go through the usual signup process or if you already had an ExpressVPN account, then sign-in with your login details. Just like Windows Clients, the features very similar. Android Client has an excellent location picker which let you pick and reconnect with the particular servers with ease. With the straightforward interface on ExpressVPN Apk, you can check your current location and VPN status with ease. While comparing with a windows client, the Android client doesn’t have speed indicator for the locations. The settings section is also limited here. By installing android client you will get a free VPN service for 7 days.

Due to Apple’s security measures, installing ExpressVPN iOS client takes more time than the android client. Once the app gets installed, you will be provided with the same straightforward and clean interface that you will get on other platforms. If you are interested in encrypting and anonymizing your current connection, the iOS app automatically selects your closest server and all you have to do is to tap the connect button to activate the VPN service. You can access a specific location with the well-designed location picker. Just other platforms, you can add your favourite location to the favourite list with ease. You can also switch servers with ease. Even though the application doesn’t come with the kill switch, it comes with an auto-reconnect option which let to re-establish the tunnel if your connection drops.

In addition to Windows, Android and, iOS client, ExpressVPN also offers the extensions for Chrome, Safari and Firefox browser, which allows you to control the VPN service directly from your browser. By clicking the Extension on the toolbar, you will be displayed with the interface which is similar to other clients. It will display the details like a big On/Off button, current VPN status, and a location picker. The browser extension doesn’t have the same feature as in the main clients. The favourite list, which is available on main clients is not available on browser extensions. The browser extension doesn’t supports features like settings dialogue and speed test. But the Chrome Extension has particularly privacy and security section, which let you prevent HTML5 geolocation from revealing your real IP address.

Any VPN service will misbehave at certain times. Figuring out the issue can be a real challenge at most times. That’s where quick customer support is needed. ExpressVPN website has a list of troubleshooting guides. On the website itself, you can clarify the problems like how to diagnose slow speeds or dropped connections, how to understand error messages, how to change your password or how to cancel your account & more.

The articles are well-written and it will help to solve your problems with ease. If the articles on the website can’t solve your problems, then your contact ExpressVPN’s support team which is available 24/7 through email and live chat. Even though the company suggests it can take up to 24 hours to get an email reply, you will get the reply within a few hours. ExpressVPN live chat is available 24/7 and you will get the reply within a few minutes with live chat. Overall, the quality of the chat support was above the average level and you can solve any issues within a few minutes.

CyberGhost is another best alternative for PureVPN. Headquartered in Romania, CyberGhost offers a great mix of security, functionality, and affordability along with privacy.

Features like fast & secure connection support torrents, a huge network, unblock Netflix, 24/7 customer support & easy to use interface makes ExpressVPN a quality VPN in the market. With the client for almost all platforms, ExpressVPN will deliver a quality VPN service for you at any time and anywhere. The major advantage of using ExpressVPN is that it is economically costlier while comparing with its rivals.

Thank you for visiting TechFollows.com, there are many other VPN available, check them out. For queries comment below.

IPVanish Review – Is it really the World’s Best VPN to Download?