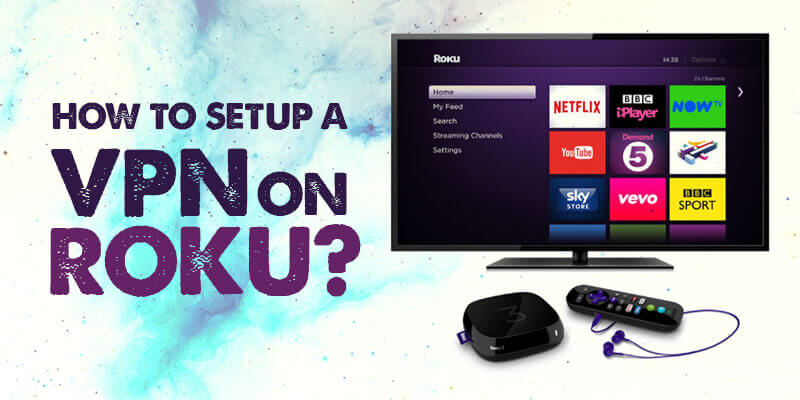 There are plenty of good reasons to start using a VPN with Roku. Read on to find out how to make that happen.

Streaming is taking over, so dozens of new streaming boxes are flooding the market right now. But Roku has managed to keep up its popularity in the face of all this new competition. This little device comes in many forms and all of them allow people to conveniently stream content from anywhere. Well, anywhere their subscription service allows, that is.

See, anyone can have access to the internet, but that doesn’t mean everyone has access to the same stuff on it. Through no fault of the Roku, many viewers have limited access to series and movies depending on their location.

This happens because of geo-blocking, thanks to the tightly bound laws of broadcasting rights that streaming services have to adhere to. All of which act to severely limit the access many viewers have to certain content. For any casual viewer, that may not be much of a problem. But it doesn’t seem fair to those who cannot get access to their favorite shows overseas.

Thankfully, VPNs exist to let people get around those irksome location restrictions thanks to their ability to replace IP addresses.

This is possible because most VPN services have many servers in different countries across the world. They allow users to connect to streaming services and other websites via these servers, replacing their IP location with the server’s location. You can download one by clicking here.

Setting Up a VPN for Roku: Creating a Virtual Router

First things first – it’s important to know that Roku doesn’t support VPNs itself. Instead, a VPN has to be installed on the network it connects to.

Some people choose to manually set up a VPN on their router. The result is that all of their devices (including Roku) then run through a VPN. Unfortunately, that’s a complicated process and involves flashing the router which could brick it. Others simply opt to buy pre-flashed routers, though that can be expensive.

So here’s an easier (and cheaper) option for someone who’s looking to start using a VPN with their Roku: install it on a PC or laptop and create a virtual router.

8 Steps To Creating a Virtual Router With a PC

1. Before this whole process starts, get a subscription to a VPN service first and install it on a PC/laptop.

2. Type ‘cmd’ into the Windows search bar and open a command prompt by right-clicking and selecting “Run as Administrator.”

3. Type ‘netsh wlan set hostednetwork mode=allow ssid=<MY-NETWORK> key=<MY-PASSWORD>’ into the window that appears. Replace “My-Network” and “My-Password” with a new name and password (remember these). Press Enter to continue.

4. After a new string of text has appeared, type in “netsh wlan start hostednetwork” and press enter again. A message should appear confirming that a hosted network has been started.

5. If no confirmation message appears, then update the network adapter drivers or run through some troubleshoots. Otherwise, skip this step.

6. Go to Control Panel > Network and Internet > Network Connections. Find the name of the connection that was just created using the name that was typed into the command prompt window earlier.

7. On that same window, right click on the VPN network connection and select Properties. Under the Sharing tab, check both the “Allow other network users…” boxes. Then select the name of the connection that was just created in the drop-down menu under “Home networking connection.”

Now it’s time to select that network with Roku:

1. Turn on Roku and go to the Home screen. Open up the Settings menu and select Network. Then go to Wireless (WiFi). From there, select the “Set up new WiFi connection” option.

2. Select the name of the WiFi network that was just created and connect to it.

Related: How to Enable and Use Screen Mirroring on Roku?

While the network might now be “located” in another country thanks to a VPN, Roku account isn’t. To change this, reset Roku’s factory settings and then create a new Roku account in the desired region. It’s a bit of a hassle, and unfortunately, it will have to be done every time someone decides to watch from a new region.

This isn’t the fastest or most convenient way to get access to channels and streaming services in different countries. But, right now at least, this is the only way to watch channels from other countries with the Roku.

Now sit back, relax, and enjoy all that new content.

How to Always Stay Safe When Using Chromecast