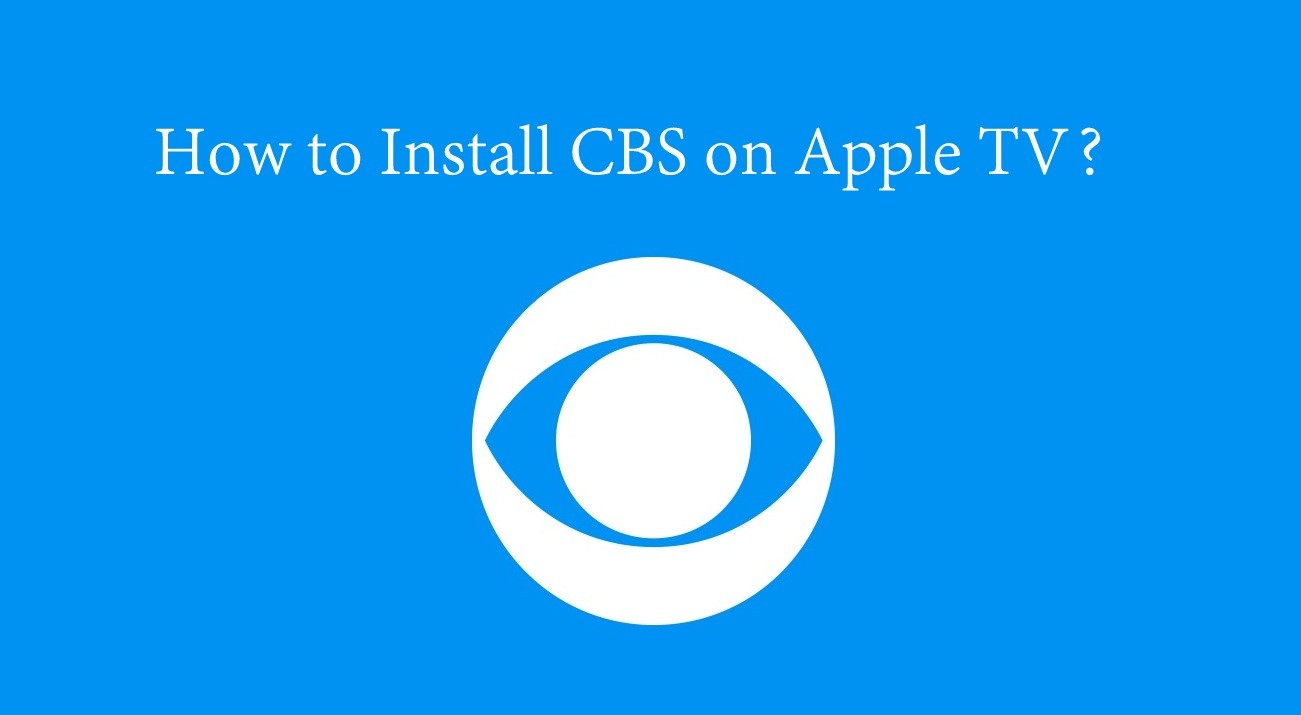 CBS is one of the entertainment apps that is officially supported by Apple TV. It is available as a free version and you can opt for the premium version at $5.99/month with limited ads or pay $9.99/month to stream without ads. With CBS on Apple TV, you can watch full episodes of any shows soon after they are aired for free. However, by subscribing to CBS app, you shall unlock more than 10,000 live TV shows and episodes. In addition to this, you can choose to stream exclusive original series of CBS app at any time. It supports HD contents and thus is an added advantage of using it on the Apple TV. You can stream local CBS stations, get all-time news coverage, live scores or highlights, and entertainment news. It is the better platform to binge the classics like Star Trek, I Love Lucy, Twilight Zone, etc. The article deals with the steps to install and activate CBS on Apple TV.

How to Install CBS on Apple TV?

CBS is available for the Apple TV officially. So the steps to install CBS on Apple TV is simple if you follow the steps given below.

#1. Power on your Apple TV at first and head to click on the Apple App Store icon.

#2. When the App Store opens up, use the Apple TV remote to tap on the Search bar.

#3. Click on the alphabets shown on the screen to type as CBS.

#4. Select CBS from the suggestions list to proceed further.

#5. Now choose the Get button to start downloading the CBS app on your TV.

#6. You shall provide your Apple ID and Password when prompted.

#7. Finally, open CBS app when it completes the installation.

You may also like: How to Watch Google Play Movies on Apple TV?

How to Activate CBS on Apple TV?

Once after the download and installation of CBS app on Apple TV, you have to activate it to use on Apple TV. The steps given below would help you out with the same.

#1. You should initially open the CBS app on your TV.

#2. Make a click on the Settings option available at the top-right corner of the display.

#3. Choose to Sign in with a Code option, open the browser on your PC or smartphone and visit www.cbs.com/activate/appletv/.

#4. Just enter the code shown on your Apple TV to proceed with activating the app.

Note: Alternatively, you can choose the Sign in manually option to enter your login credentials and thereby access its features.

#5. Once done, you can start using the CBS app to stream your favourite contents.

You may also like: How to Install & Play Spotify on Apple TV?

Apple TV 2nd, 3rd, 4th generation and 4K users can follow the same steps to download and activate CBS app. CBS app has everything under one roof and you can even try it free for one week and later subscribe to stream your favourite shows 24/7.

Thanks for visiting techfollows.com. For further queries and feedback, feel free to leave a comment below.

How to Install Racoon City Builds on Kodi

How to Watch Google Play Movies on Apple TV?