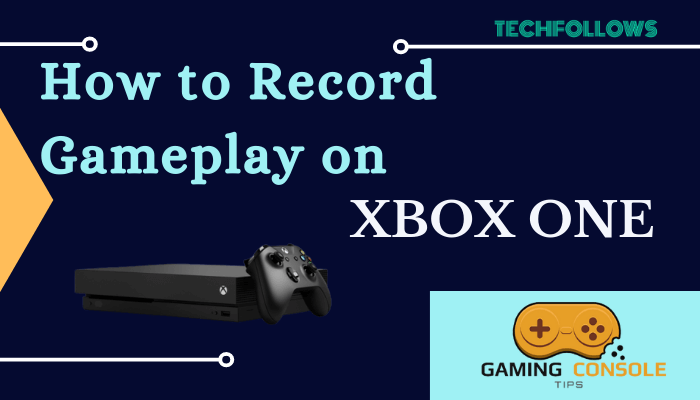 Xbox One allows you to capture your favorite moments during gameplay. In addition to recording games, you can also take screenshots of the gameplay. The only drawback is that the Xbox One allows users to record only 10 minutes of gameplay. To extend the minutes, you need to connect an external drive to your console. Record your best-in-game moments and share them on social media apps.

How to Record Previous Gameplay on Xbox One

If you have forgotten to record the special moment in a game, follow the below steps to record the 30 seconds of the previous gameplay.

1. Play any game on Xbox One console.

2. Press the Xbox button on the Controller.

3. Then, press the X button. This will process and save the last 30 seconds of gameplay.

4. To take a screenshot, press the Y button.

How to Record Live Gameplay on Xbox One

To record 10 minutes of live gameplay on Xbox One, refer to the below steps.

1. Play any game on the Xbox One and tap the Xbox button on the Controller.

2. Press the View button on the controller to open the capture menu.

3. Navigate to the option Record from now and select it.

4. To stop the recording, hit the Xbox button on the controller and tap the X button.

Note: You can also record the gameplay for up to 1 hour by connecting an external hard drive to the Xbox One console.

Note: If you have any issues recording gameplay, restart your Xbox One and try clearing the caches on Xbox One to fix it.

How to View Recorded Videos on Xbox One

1. After recording the video, press the View button on your Xbox One controller.

2. Look for the Manage captures option on the capture menu and select it.

1. Can you record Xbox One gameplay without a capture card?

Yes. You can record live gameplay on Xbox One in the Capture menu.

2. How do you record longer than 10 minutes on Xbox One?

You can record more than 10 minutes on Xbox One using an external hard drive.

3. Can I take screenshots on Xbox One?

Yes. You can take screenshots on Xbox One.

How to Watch ESPN on PS4 [PlayStation 4]

How to Record Gameplay on PS5 [PlayStation 5]