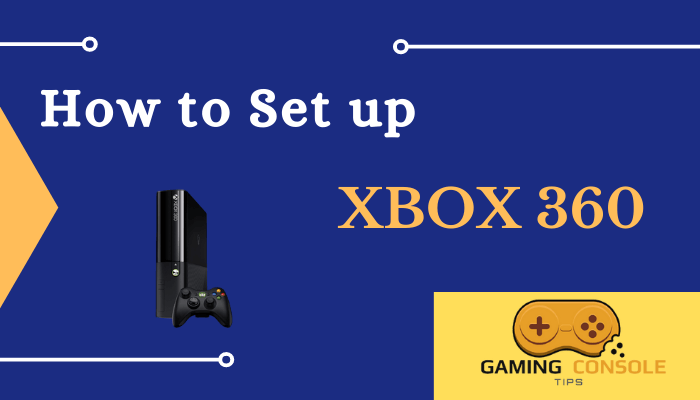 You have to set up the Xbox 360 console before playing the games. The setup procedure is so simple and you can complete them in lesser time. There are six different models available in the Xbox 360. Each model varies with slight changes in the features. However, all the models of Xbox 360 do have a common setup procedure except with slight variations.

Note: Find the model of your Xbox 360 console to complete the setup.

What is Inside the Xbox 360 Package?

This package has two variations in its components depending on the price you pay.

The Power connection and the Output connection are the initial setup of the Xbox 360 console.

[1] Connect your console to the power supply using the power cord.

Note: Always choose a stable and well-ventilated place to set up your Xbox 360. Proper ventilation is essential to avoid heating up of Xbox 360 console during the gameplay.

[2] Next, connect one end of the HDMI cable to your Xbox 360 and the other end to the TV if your TV comes with an HDMI port. HDMI cable carries both audio and video.

In case your model comes with a composite/component A/V cable, then connect the large composite adapter to your console. The three composite colored cables have to be matched with the colored ports on the TV. The Yellow-colored composite cable is for video connection. The Red and White cables are for right and left audio respectively.

[3] Connect your other components from the box, such as the controller and headset, if they are wired. For the wireless controller, connect it to the console by pressing the Guide button after turning on the console.

[1] Press the Power button on the console. Make sure the power supply is on from the wall outlet.

[3] Select the Language in the Xbox 360 using the Controller.

[5] Select the Game to download and start playing on the Xbox 360.

To put it in simple words, connecting to the power and connecting the TV and console using the appropriate cables are the only two most important processes to set up Xbox 360. We have to select the cable based on Xbox 360 models and TV models. Otherwise, there is no difference in the basic setting up layout. After the setup, you have to connect the Xbox 360 to Wi-Fi/ internet to download the games, apps.

Related: How to Factory Reset Xbox 360

How to Fix When Xbox 360 is not Connecting to the TV?

[1] Make sure the Power supply to both the TV and Xbox 360 is effective.

[2] Check if the Cable Connection between the TV and Xbox 360 is fixed properly.

[3] If these did not help, next, you may check if there is any dust in the HDMI ports. Clean the HDMI ports gently and try connecting your cords again.

[4] In the end, if everything is good but still you cannot connect them successfully, then try a Power cycle. Press and hold the Xbox button for 10 seconds and release. Your console will turn off. Turn it on again and this will help to fix it.

Related: How to Restart Xbox 360

All you need to do is connect your console to the power and then connect it with your TV using the respective cable. Finally, turn on your TV and Xbox 360 console to set it up.

What cords are needed for Xbox 360?

You must have the HDMI or composite/component A/V cable to connect your Xbox 360 to the TV. For older TV models, use Xbox 360 VGA HD A/V cable.

Will any HDMI cable work for Xbox 360?

Yes, it is not essential to use the same HDMI cable that came with your console. One can use what is already available with them as well. It will not affect the picture quality.